EU Tax Updates for Contractors to be aware of 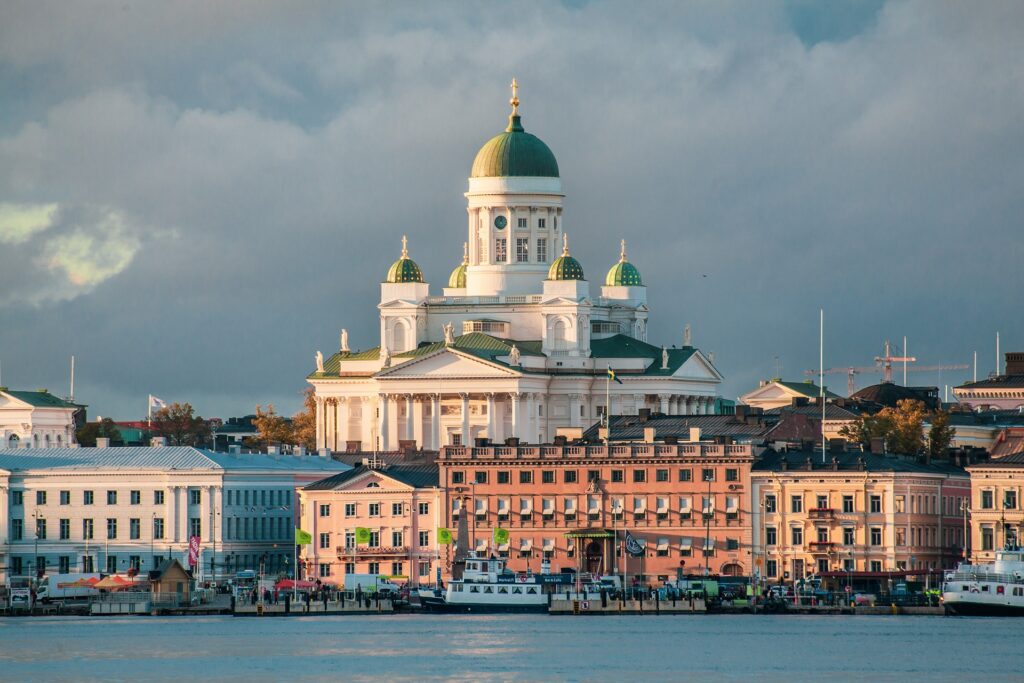 Globally, the tax and compliance market is a challenging place to operate at the moment, however in the EU it’s particularly complex. Russia’s illegal invasion of Ukraine along with heavy migration patterns are putting increasing strain on border controls and tax authorities across the continent, with many countries announcing sudden shifts in their compliance requirements as a result of this growing pressure. That’s why we’ve highlighted some of the latest news and changes to EU tax and travel policy that contractors will need to be aware of.

Finnish authorities have arrested a Russian woman who they suspected of travelling on a forged passport as she was leaving the country, according to the South-eastern Finland Border Guard. The individual was carrying a Russian passport with a visa issued by Italy supposedly entitling her to stay in the Schengen area that expired on July 5 2023. However, upon closer inspection the Schengen border stamps did not match the original seals and the Russian citizen’s account of the length of her stay was unreliable. After further investigation it was revealed that she had stayed illegally in the Schengen zone for a total of 359 days, from July 9 2021 to November 3 of this year, and she had received six fake Schengen border inspection stamps, four Serbian border inspection stamps and two Turkish border inspection stamps through a courier on two different occasions, paying around €400 in total. The Finnish Immigration Service removed her from the country and banned her from travelling to Finland for four years. There have been discussions over the possibility of building a fence along the Russia-Finland land border in order to prevent illegal crossings, however until that is instigated authorities will rely on the watchful eye on their individual tax officers, as this case shows. With tensions on the rise, it’s clear that regulatory services are keeping a closer eye out for non-compliance than ever before, meaning contractors must ensure they’re fully up to speed with laws wherever they are operating.

Hungary doubles down on ‘no migration’ stance

The Hungarian Minister of Foreign Affairs, Peter Szijarto, has again said that the country will not accept any migrants during a meeting with the European Commissioner for International Partnerships last month. Minister Szijjártó made it clear that Hungary supports cooperation with other countries, but he highlighted that his country disapproves of the EU using the Post-Cotonou Agreement to legalise migration to the bloc. He has previously been recorded saying “yes to economic cooperation, no to migration”. The Minister of the Interior, Sandor Pinter, has also weighed into the discussion by arguing that Hungary’s strict controls are a result of large numbers of illegal migrants crossing into the country. He said that a fence placed on one of the borders has prevented about 270,000 migrants from entering the EU in this year alone, with such high numbers not being recorded since 2015. Clearly, Hungary is a challenging place in which to do business at the moment, and with an unpredictable and often volatile government in place, rapid changes to legislative systems are not off the table. Before committing to a role here ensure you’re up to date with the latest news on the tax situation.

The Estonian authorities have said that they will be carrying out more thorough border checks of citizens of Ukraine and Russia leaving the country for Latvia and Finland. The enhanced checks are likely to have a knock-on effect on contractors operating in Estonia, Latvia or Finland with the move being implemented because of large numbers of refugees crossing borders from Ukraine. In addition to the extra checks, the Police and Border Guard of Estonia has further revealed that the authorities have been checking all buses and minibuses leaving Estonia in order to compare the numbers of Ukrainians and Russians arriving into and leaving the country.

It’s not just in Eastern Europe where border controls are being ramped up. Last month French authorities, following a dispute with their Italian counterparts, decided to tighten the border controls at its south-eastern border, following a diplomatic stand off after the latter country refused to grant permission for the migrant rescue ship, Ocean Viking, to dock in its territory.  Following the row, France has sent an additional 500 officers to carry out border checks at ten different Italian border crossing which has led to a significant increase in the number of people waiting at the border with major queues forming at Italy’s northern border crossing with France.

The dispute was started following an announcement by Italian Prime Minister Meloni who stated that the country plans to reduce the number of refugees it accepts and that it would no longer permit entry to anyone rescued by ship. Despite this, shortly after her statement, three of four migrant rescue ships that had been left waiting at sea were allowed to port and disembark their passengers. The fourth of these ships was Ocean Viking which, after being refused permission to port in Italy, instead went to the French port of Toulon where it was allowed to land by the Ministry of the Interior. The Government in France condemned the Italian decision and said its behaviour had been ‘unacceptable’. This is the latest in a series of spats between France and neighbouring countries over migrants, and it’s likely that it could kickstart additional border checks and potential legal changes further down the line. As two of the most popular destinations for contractors, it’s certainly worth monitoring any further developments between the two nations before accepting a role in either.

Ensuring that you remain up to speed with the global tax and compliance market is of the utmost importance, however for most contractors it’s not easy to balance this with travelling and getting your job done, particularly with the market shifting at a faster pace than ever before. If would like to work with an award-winning contractor management firm and find out more about how we could help you, then get in touch.