EU Contractor Tax Update: What you need to know 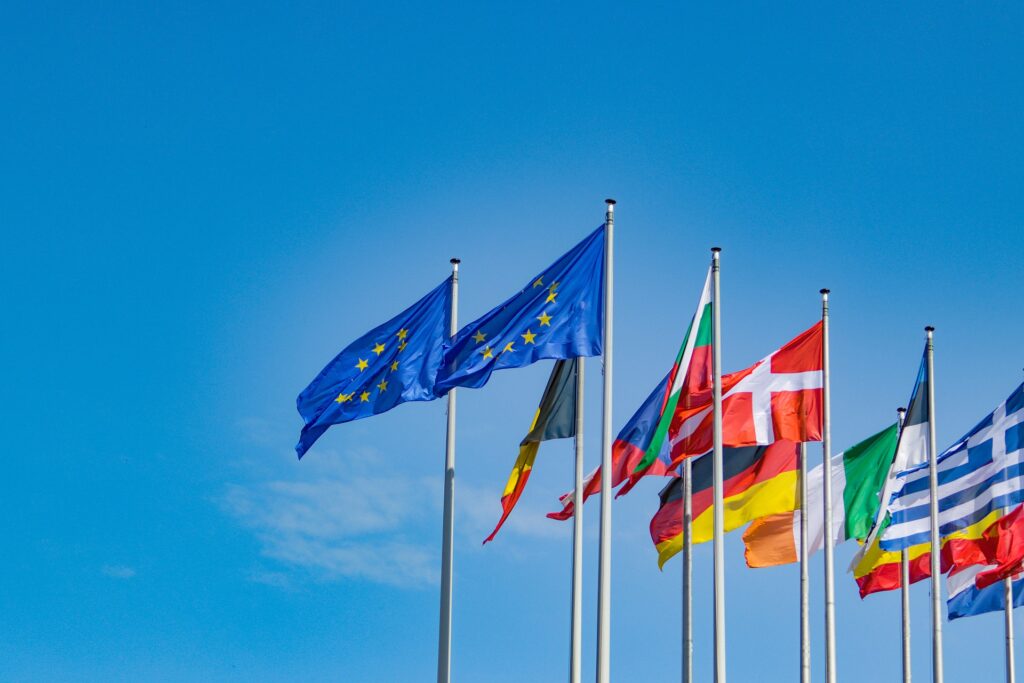 The world is a complex place at the moment. It’s difficult enough to keep up to speed with the pace of change in the UK, and for independent contractors, it has probably never been more challenging to stay up to date with the ever-changing array of tax and compliance changes taking place in various countries across the globe. The EU and Schengen Area has been put under particular strain which has led to EU authorities undertaking additional measures to enhance border security and cut tax fraud and other crimes. We’ve outlined just a selection of the latest stories from the past week that could impact you – and your compliance status – wherever you’re working.

Members of the European Parliament will no longer accept travel documents that authorities in Russia issue in the territories that they have illegally occupied in Ukraine and Georgia, according to a recent statement. The Parliament approved the mandate on the non-recognition of these documents that will impact professionals being issued visas or looking to cross external EU borders. The statement said: “EU member states and EEA allies should no longer accept travel documents issued by Russia in these regions. According to the proposal, the Commission should consult EU member states and draw up a list of Russian travel documents that should not be accepted going forward.” While most professionals who have dealings with Russia and illegally occupied territories will have had time to adjust to new compliance challenges, this is yet another legal shift to be aware of when operating overseas.

Two individuals, whose identities and nationalities have yet to be revealed, were arrested in the UAE this week after attempting to pass through Dubai airport and reach Europe on forged Schengen visas. The pair, who denied that their visas were forged, said they had paid the equivalent of over £6,000 to obtain the documentation from an unknown person who advised them to travel to Dubai and transfer power of attorney to him in exchange for getting to the European Union. A third individual was also arrested in connection with the case and all three were sentenced to one month in prison before being deported to their home countries. Schengen fraud cases have been reported in other countries, including Morocco where a network involved in the falsification of documents was broken up earlier this year. The case highlights again the importance of securing correct documentation from fully legal and compliant sources and why it’s so important to avoid taking shortcuts when it comes to travel and tax regulation.

It seems the impact of Brexit isn’t just being experienced at a national level at the moment, as British business travellers are reportedly being turned back from EU countries for going against post-Brexit movement restrictions. The legislation will be applied even more rigorously once the European Travel Information and Authorisation System (ETIAS) is introduced in November next year according to legal and regulatory experts, but it is already catching out unsuspecting professionals travelling for work. It has previously been clarified that, through the EU-UK Trade Cooperation Agreement, UK passport holders may be eligible to travel to the EU visa-free for 90 days in any 180-day period while visits for other work purposes require work permits. With each country applying different immigration rules it can be challenging to understand this complex landscape, highlighting the importance of seeking specialist advice before committing to roles within certain EU countries.

The Norwegian government has introduced new travel advisories for Benin and Togo and has adapted its policies for Burundi and Tunisia. The Scandinavian nation is one of the most popular locations for contractors in the world and is home to a number of major, international businesses. Contractors who operate in both Norway and the four African countries should be aware that the Norwegian authorities have advised against all travel to Benin and Togo as a result of increasing unrest in the neighbouring countries of Burkina Faso, Niger and Nigeria. However, on a more positive note, it has lifted notices advising against travel to both Burundi and Tunisia where the domestic security situation is said to have improved. Contractors operating in areas with significant geopolitical conflict should keep up to speed with the latest news as policies regarding travel to these locations shift on a regular basis.

The Czechian government has refused to exclude the possibility of extending increased controls at its border with Slovakia, following growing cases of migrants attempting to cross illegally. The Minister of the Interior, Vit Rakusan said earlier this week that additional measures would most likely remain in place after October 28, however he also added that they do not plan on introducing controls to the Czech-German border. The additional security on the Slovakian border was put in place on September 28 and has been continuously extended since then in a move designed to reduce illegal migration. Austria has also reinstated similar measures with Slovakia and any contractors operating in these countries should be aware of the increased likelihood of additional compliance and regulatory checks when moving between the EU member states.

And finally, a ban on visa-free travel for Western Balkan citizens is being considered by the EU as a result of growing illegal migration from countries in the region. Albania and Serbia have acted as a gateway for migrants looking to travel to Europe, according to the EU, with large numbers of citizens from nations including Turkey, Tunisia, Afghanistan, India, Cuba and Burundi entering the two countries and then utilising the ability to travel visa-free throughout the continent. The trend is putting additional strain on domestic resources in the likes of Austria, Croatia and Slovenia. The latter two did not receive a single asylum request from Burundi, Cuba or India in 2021, but have received more than 1,700 this year alone. According to reports in the Czech media and on SchengenVisaInfo.com, the EU is considering a range of methods to curb the number of people migrating through Albania and Serbia, including sending additional border guards, conducting additional border and documentation checks, and banning visa-free travel for citizens of the two nations.

Working across borders as a contractor can be challenging enough and that’s without having to worry about factors like paying your social security contributions, national insurance, your tax liability status, data protection regulations and calculating what income tax you’re required to pay, all in different countries, in foreign languages and with complex legislation to get your head around. It can be a minefield and with tax and other authorities, not just in the EU but across the world, clamping down on non-compliance and ramping up fines and punishments, you shouldn’t take the risk.