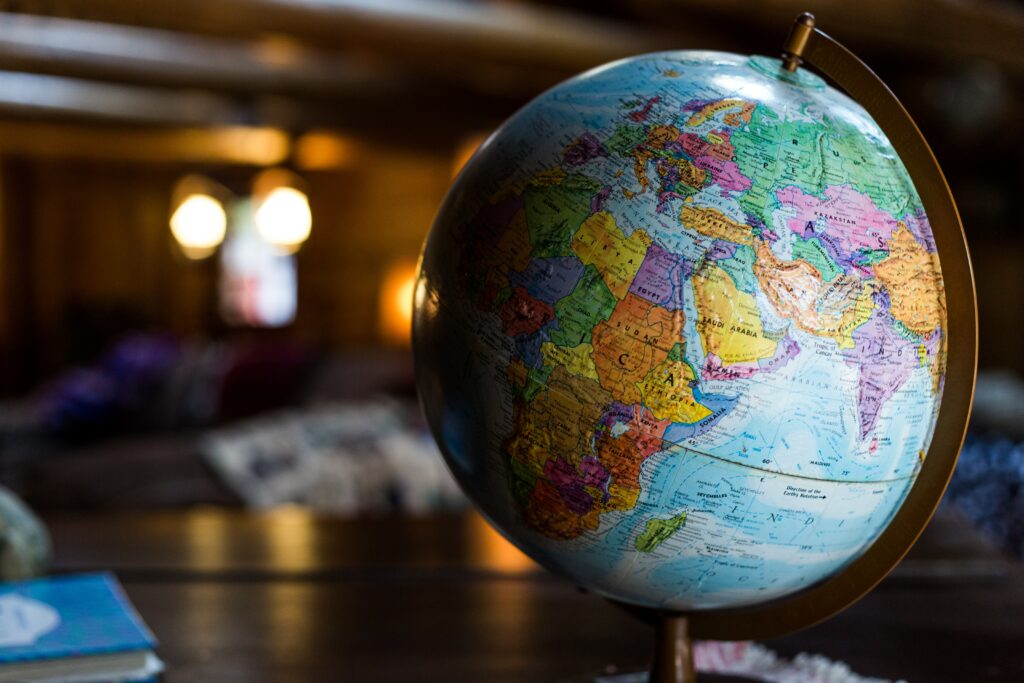 With European tax authorities and the European Commission busy updating their domestic legislation, EU tax law and global corporate taxation, tax rulings in member states are constantly evolving and so is the need to keep up to date with the latest tax legislation. This serves as a timely reminder to international contractors looking to work abroad, who must always meet their tax obligations and liabilities and pay the correct amount of income tax and social security contributions. Here we round up some of the latest news from the world to keep you in the loop with all the key developments.

For our first update, there is some good news for Bermuda! The British island territory in the Atlantic Ocean known of course for its infamous ‘triangle’, is expected to be taken off the EU’s international tax grey list from October 2022. This will be a significant step for the island which, for so long, has been seen as a tax haven enabling individuals and corporations to evade taxes. This step is recognition that it is meeting the requirements of the OECD’s Forum for Harmful Tax Practices (FHTP). Bermuda satisfied the exchange of information criteria and should therefore be removed from Annex II.

Bermuda also responded to the FHTP’s urgent warning and recommendations to begin implementing changes that adhere to the EU’s ‘economic substance’ rules. The scope of these is to ensure that countries like Bermuda – the so-called ‘No or Only Nominal’ tax jurisdictions or ‘NOONS’ – do not actively seek to attract or encourage offshore structures that might promote ‘profit shifting’, thereby avoiding paying in the jurisdiction where the income has been derived. Bermuda will however remain on the grey list until October 2022, pending the outcome of another FHTP meeting.

Another country on the grey list is Panama, which in recent years hit the headlines for the ‘Panama Papers, the 2016 leak of tax information that laid bare the affairs of many famous individuals and organisations (superseded by the even bigger ‘Pandora Papers’ exposé in late 2021). The country that links South to Central America and whose canal connects the Atlantic and Pacific oceans has asked for the EU’s support in helping to remove itself from the dreaded grey list. Its inclusion has not only damaged its financial reputation but made it harder to conduct global business and secure financing.

Following a meeting in Panama City with the Spaniard Josep Borrell, who is serving as High Representative for Foreign Affairs of the European Union (EU), Panamanian Minister of Foreign Affairs Erika Mouynes commented, “We request the support of the European Union, undoubtedly, in the efforts that the country is making to get off the discriminatory lists. Our message could not be clearer. Panama is and will continue to be a country that fulfils its international commitments and strives to raise the capacity of its institutions in all areas and we expect the support of our strategic partners.”

Panama has made significant progress since the publication of the papers in which 11.5m documents were leaked and the revelation that law firms in the country were aiding and abetting the formation of shell companies that were allowing wealthy foreigners to avoid taxes. Borrell did recognise the improvements being made, under the stewardship of prime minister, Laurentino ‘Nito’ Cortizo. “I am aware of and positively value the effort this government is making, drastically limiting the number of companies domiciled here [in Panama], taking measures that I hope will lead to a delisting,” he said.

The fight against tax fraud and anti-money laundering

The European Court of Justice (ECJ), Europe’s foremost court, voted in favour of Belgian regional legislation, dismissing a case brought by Airbnb Ireland. The ruling, which will subsequently apply to other online tourism and hospitality rental platforms will require the company to disclose details of its transactions, thereby making the system more transparent. The ECJ deemed that this did not contravene EU law and according to the Reuters news story, it fell outside the scope of the EU’s directive on e-commerce. The case however will still return to the Belgian Constitutional Court.

In other significant news, the way the taxation of digital assets is dealt with continues to be a priority for governments and tax authorities given the growing importance of the digital economy. In a recently published report, the Council of Europe’s MONEYVAL Committee, which supervises anti-money laundering (AML) and the combating of the finance of terrorism (CFT), has urged governments to tighten regulations on virtual currencies and cryptocurrencies as well as holding to account professionals such as accountants and lawyers who facilitate these illegal tax fraud practices.

MONEYVAL chair El?bieta Frankow-Ja?kiewicz said, “The Pandora Papers scandal in 2021 demonstrates the growing scale of the money laundering threat and the persistence of launderers in abusing the international financial system to hide their illicit proceeds. We are facing a combination of well-known money laundering methods and newer trends requiring robust action and coordination from governments in Europe and around the world.” The fifth round of evaluations will be completed in 2024 with 18 of the 22 jurisdictions reviewed deemed to not be complying with AML or CFT norms.

Once again, as we’ve seen with the treatment of tax havens, there is a concerted clampdown by tax authorities, the EU Commission, EU Council as well as other esteemed bodies such as the OECD to bolster international tax laws and promote greater transparency. Preventing tax fraud and the significant loss of tax revenues remains a top priority. Global contractors working around the world must comply with local tax regulations and make sure they do not get embroiled in any illegal activities or transactions that could lead to big fines or even harsher penalties if they are not careful.

If you need any advice regarding taxation, legal or employment compliance advice, invoicing or immigration support in territories across the world, our 6CATS International experts are here to help.