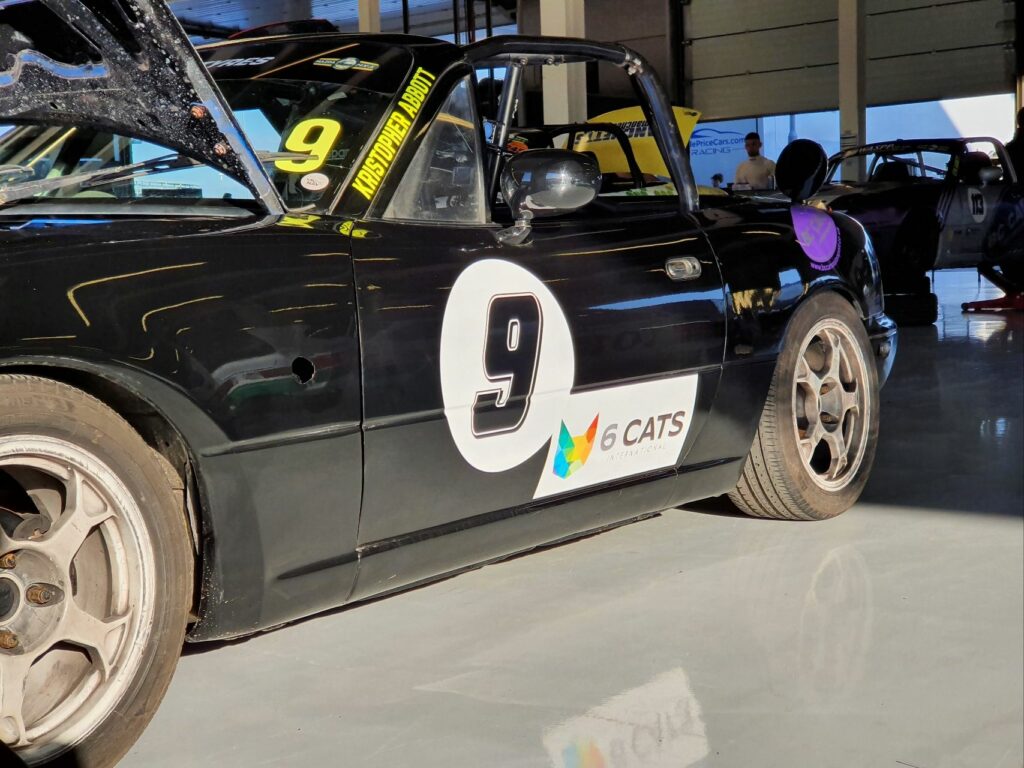 If you’re a follower of our social media channels you’ll know that we regularly like to introduce the team. Recently in fact, we introduced Kristopher Abbott, a Compliance Consultant for us here at 6CATS International. But what many of you perhaps don’t know is that Kris is not just an expert in contractor compliance – he’s also a racing driver.

For those of you who haven’t met or heard of Kris before, here’s a little introduction. Kris has been with the team here at 6CATS for four years now and started his journey with us on work experience before working his way up to where he is now. Kris has gained experience across various departments at 6CATS including sales and is now a hugely valued member of our compliance team. When asked what the best thing about working with 6CATS was, Kris’ answer was “everyone at 6CATS is always so happy and supportive”.

Here are some other fun facts about Kris:

Getting behind the wheel

Having always been an avid fan of motor racing from a very young age, actually racing himself has always been the main goal for Kris and eventually, his future goal is to be able to race as his full-time career… though not too soon we hope!

We asked Kris about his idols and absolute favourite racers in the world right now and he struggled to give us a favourite, having the utmost respect and admiration for so many of them! However, there were two standout idols – Jenson Button and Lewis Hamilton. When asked why, Kris said it was because these are the two most relatable idols in the sport. After all, Lewis Hamilton is notorious for starting from the bottom and working his way up to the top – just like Kris is doing at 6CATS.

While we knew that Kris was a motor racing fan, the more he talked about his ambitions the more we began to realise that he has the passion and drive (pun intended) to fulfil his dream. So, when he approached Michelle and the team to discuss potential sponsorship of his professional racing career, we were all supportive and more than happy to be a part of his motor racing dreams.

This year will see Kris finally moving from being just a racing fan to actually competing, despite having only earnt his racing licence in July last year! Kris kicked off his first season earlier this month with a race at Silverstone – cheered on from the sidelines by some of the 6CATS team.

His first race proved eventful – including spinning out into the gravel during qualifying – but he certainly had a great time: “It was an unbelievable weekend. I still can’t get over the fact that it’s happened really. My performance on track was a bit of a mixed bag and I, unfortunately, had very little running time on the Saturday after spinning into the gravel early into qualifying – meaning I had to start right at the back of the grid for the first race. Sunday was a much better day and I was far more competitive after some changes to the car. It felt great to have my first real experience going wheel to wheel with others. I am now just hoping for bigger and better things in April as we head to Snetterton.”

We are hugely impressed and proud of Kris’ efforts to get where he is today and we’ll all be cheering him on whether in person or remotely for his next race.

Keep up to date

6CATS International is proud to be sponsoring one of our own and will be backing Kris all the way! We wish him all the best for the future – and don’t forget to follow us on social media to keep up to date with how his first racing season progresses!