Best countries to work for contractors 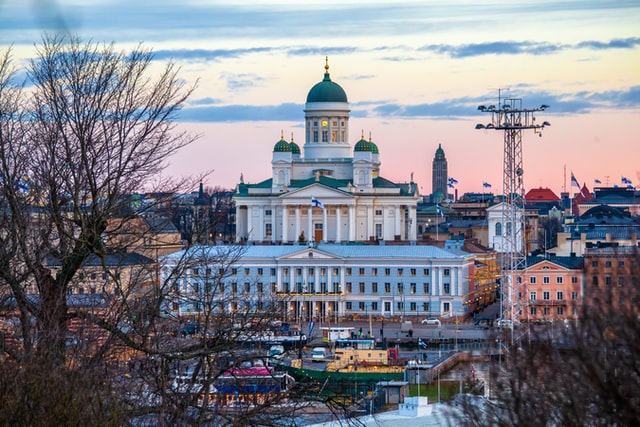 Despite the obvious COVID-19 challenges and disruption that it has brought across the world, findings from the ‘2021 World Happiness Report’ revealed that people in many countries have endured the hardships, evaluated their lives positively and remained remarkably upbeat in the face of adversity. Admittedly, some countries fared than others – so where in the world are citizens happiest and what are the best countries to work in this year for contractors looking for a positive environment?

The report, a publication of the Sustainable Solutions Network and powered by data from the Gallup World Poll and Lloyd’s Register Foundation, provides a stark reminder of the devastation caused the pandemic in 2020. Some two million deaths were registered over the course of 12 months – an increase in 4% from the previous year – which equates to a hugely significant rise in the number of deaths globally. Clearly this has had an effect on mental and physical wellbeing and continues to wreak havoc in some countries during 2021.

Yet the data revealed that people have managed to demonstrate an exceptional level of resilience despite the trying circumstances and the increasing levels of worry, for their own wellbeing and that of their loved ones. It should be noted that the same countries continue to occupy the highest rankings with Finland the happiest country for the fourth consecutive year! Other Scandinavian countries also did exceedingly well: Iceland (2), Denmark (3), Sweden (6) and Norway (8).

Interestingly, Germany was continental Europe’s biggest climber, moving up 10 places to seventh. Factors attributing to this rise include financial security and social stability as well as the satisfaction of German citizens with the government’s response to the pandemic. New Zealand (9) was the only country outside Europe to make the top 10. The US (14), Canada (15) and UK (18) all made the top 20 as did Taiwan, which at 19 was the highest ranked Asian country.

When evaluating their lives and assessing the factors that contributed to their happiness, those who participated in the surveys listed the importance of elements such as trust and ability to count on others in keeping their morale high. The sense of community spirit and caring for each other was deemed more important than financially driven concerns such as average monthly salaries, unemployment or cost of living.

Trust and confidence in public and government institutions was key to driving community transmission rates to zero and supporting the required actions to keep infections down. Other factors included social trust, for example the likelihood of lost wallets being returned, and whether the country had learned lessons from previous pandemic outbreaks such as SARS. As highlighted in the report, countries with female heads of state such as Finland’s Sanna Marin, German Chancellor Angela Merkel, Jacinda Ardern in New Zealand and Taiwan’s Tsai Ing-wen were all highly ranked in the happiness league table.

Countries such as New Zealand, Australia and Asia Pacific destinations that clamped down on the spread of the virus early had a noticeable positive effect on the morale of its citizens. It won’t come as a surprise to learn that there is a positive correlation between health and economic success. Indeed, all the aforementioned economies performed much better than those where deaths were higher.

Non-Pharmaceutical Interventions (NPIs) such as border controls, imposing travel bans, introducing test and trace, self-isolation and quarantining for those at risk, widespread testing and the use of masks were all key factors in battle to contain COVID-19. The general public were also more compliant in supporting the measures of their governments in these nation states. In North Atlantic countries, in comparison, individuals were more resistant to their personal liberties being taken away from them and less reluctant to comply with measures such as contact tracing.

Despite the quality of healthcare and work-life balance that workers and international contractors were still able to enjoy even in countries where people were happiest, there was still a severe rise in mental health problems. Whether due to the strains caused by unemployment or financial hardship for lower income families, both young and old, men and women alike, suffered. Taking the UK as an example, mental health issues were 47% up and over 1 in 5 (22%) said that their mental state was significantly more affected post-pandemic. Not surprisingly these feelings were exacerbated by loneliness, lack of social support and losing the connection to others, which ties in with the report’s findings and were contributing reasons to a lower level of happiness.

With job vacancies significantly below pre-pandemic levels and global GDP falling by around 5% in 2020, the impact on employment and incomes has been crippling, adding to wellbeing woes. Clearly, those countries that were better able to provide support measures for those losing their jobs and the self-employed will have fared better in safeguarding worker wellbeing. Other factors such as the support of management, trust, inclusivity and a sense of belonging for those having to work remotely have also been key to combating isolation and depression.

No matter where in the world you contract in, compliance is vital

The fact that so many EU countries feature so prominently in the top 10 rankings of the World Happiness Report 2021 makes them popular destinations of choice for international contractors. From improved work-life balance, working hours and the quality of healthcare, there are many countries in the world that offer so much to international contractors looking to broaden their experience. However, professionals must make sure that wherever they decide to go, that they remain fully compliant and adhere to local legislation and taxation.

Want to know more about tax compliance in the EU and countries around the world? Our global compliance and contractor management experts are here to help. Contact them today.