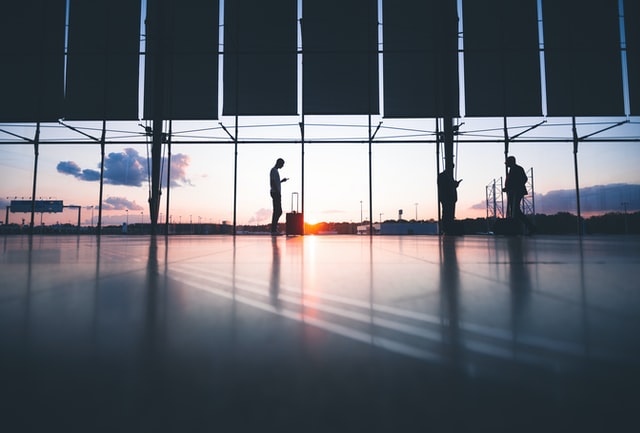 As vaccinations continue to be rolled out globally at different speeds to stem the tide of virus infections and to safeguard public health, there are still many travel restrictions in place across Europe which will affect contractor travel and travel overseas. As always, we bring you the latest roundup of all the key international contractor travel updates during the pandemic that you need to be aware of as they unfold.

With the Easter holidays having just passed and with infection rates still rising across parts of Europe, it wasn’t a surprise to learn that Spain’s concern over border crossings from France – the fifth most infected country worldwide – would be targeted. As Schengen Visa Info News reports, Pedro Sanchez’s government introduced new travel restrictions for the first time, requiring any person coming in via the border to have had a negative PCR test result, taken no more than three days prior to entry. Previously, the requirement had only applied to those travelling by air.

Although this won’t apply to those working in transportation or cross-border workers, Spain has been hit very hard by the pandemic and is the eighth most affected country in the world, having registered well over three million COVID-19 infections. It is redoubling its efforts to safeguard public health, clamping down on infection numbers, which are still rising worryingly across many of its regions. As the country’s health minister Carolina Darias said, “There are spikes in multiple regions that are of concern to us.”

Iberian neighbour Portugal has also had to tighten its border controls with other EU member states, especially those where cases have surpassed the 500 per 100,000 inhabitant mark. Although those travelling for essential business reasons from 11 countries – Bulgaria, the Czech Republic, Cyprus, Slovenia, Estonia, France, Hungary, Italy, Malta, Poland and Sweden – will be permitted to enter the country, they must isolate for 14 days upon arrival.

All travellers coming into Portugal, whether by land or air, will be required to present a negative PCR test result taken within the last three days prior to their travel date. If not, they will have to take a test at the airport. Once in the country, visitors will also have to adhere to the same domestic regulations affecting Portuguese citizens, namely the prohibition of movement from region to region until the 16th April. According to the latest Worldometer figures, Portugal has recorded in excess of 820,000 infections and almost 17,000 deaths. Meanwhile, flights from the UK and Brazil into Portugal remain suspended.

To further halt the spread of the third wave of the pandemic, Germany now also requires all air passengers to submit a negative test certificate prior to boarding. The new measure, announced by the country’s Federal Ministry of Health and effective from the 30th March until the 12th May, requires that ‘the swab on which the Coronavirus test is based should not be older than 48 hours’ as reported by the same website. The Ministry also stated that costs would be incurred by the individual and that these tests should be carried out at approved laboratories.

Italy too, which has been severely hit by the pandemic, has added new travel restrictions for those entering the country. Anybody travelling to the peninsula from overseas will not only have to test before departure, but will also have to self-isolate for a period of five days. This will be a mandatory requirement for Italian citizens too. Those travelling from outside the EU have to quarantine for 14 days. Having imposed a three-day lockdown over the Easter holidays, Italy’s Ministry of Health, headed by Roberto Speranza, continues to monitor cases closely in the world’s seventh most affected country.

In another interesting development, the Lithuanian government has categorically stated that it will not recognise certificates and test results for those who have received Russia’s Sputnik V vaccine. The Baltic state argues that only vaccines approved by the European Medicines Agency (EMA) should be part of the Digital Green Certificate. Plans for the ‘pass’, which provides information such as whether an individual has been vaccinated as well as previous test history and results, were announced by EU Commission President, Ursula von der Leyen, in early March.

Travelling for business continues to be severely impeded across the world, making it very difficult for international contractors living and working abroad but also for those who want to move to another country and explore new opportunities during the pandemic. Whatever your home country situation, it is imperative that you meet all local legislation, especially from a tax and compliance perspective, as failure to meet requirements can result in hefty fines and penalties.

If you’d like to know more about expert compliance solutions for international contractors, you can reach our specialist teams to discuss your requirements further.