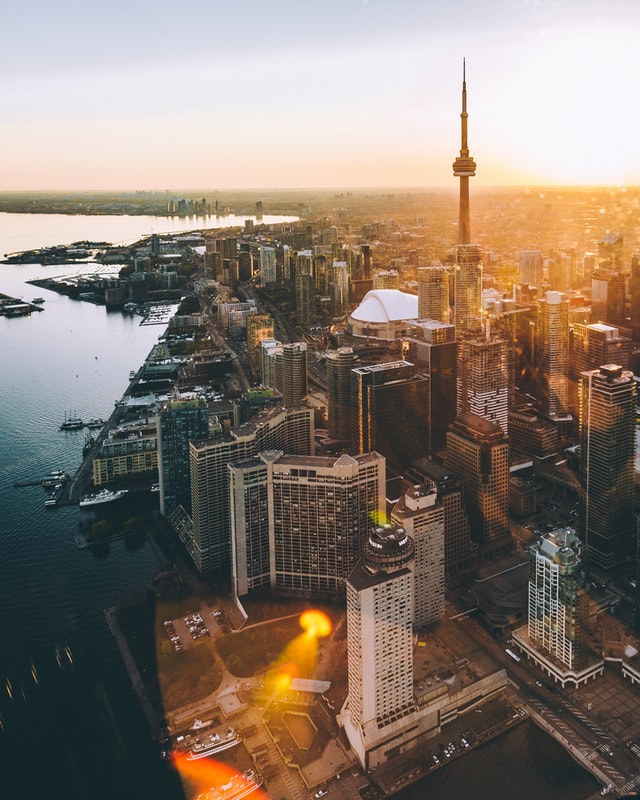 While the pandemic has had an impact on us all, job opportunities for highly skilled contractors are still in plentiful supply around the world and some professionals are spoilt for choice when it comes to deciding where to live and work (where travelling is permitted, of course). But which are the best destinations as for work?

According to a global mobility research paper, ‘Decoding Global Talent, Onsite and Virtual’, conducted by Boston Consulting Group (BCG) and The Network, in which over 200,000 professionals were interviewed across 190 countries, there has been a marked shift in the reordering of preferred destinations. The most significant change has seen Canada take top spot from the US, which is now tied with Australia in second place. The second largest country in the world, renowned for its high quality of living and work-life balance, is the most popular destination for those with master’s or PhDs as well as those with digital expertise and the under 30 age group.

But it isn’t just the US that has suffered in the popularity stakes recently. It would appear that some European countries have also paid a price for how they’ve handled the pandemic. Germany, which originally held second place before the pandemic, has now dropped to fourth, France has fallen from seventh to ninth place with Italy and Spain dropping out of the top 10 altogether. The UK is the only country to have maintained its spot, staying in fifth place. The country that has been impacted most in negative ranking terms is Spain.  Although 6CATS has seen a significant increase in Spain’s popularity, with contractors, in the last few months and expect this will reflect in next years research.

The report also revealed a clear and direct correlation between COVID-19 levels and top destination rankings. Japan, for example, has shot up from tenth to sixth, the highest climber of all, with Singapore and New Zealand entering the prestigious top 10 for the first time, the former moving up a whopping 10 places. The way the leadership in these countries has dealt with the pandemic has evidently been noted by respondents. South Korea, which has had among the lowest cases per million inhabitants is now ranked 12, up from 24 places from 2018.

Interestingly, while English speaking countries dominate the rankings for many different demographics, Germany ranks two and three for highly educated and older workers respectively. The United Arab Emirates came in at two for respondents from the Middle East and Africa while Japan and Singapore were voted the second and third most attractive destinations by those from the Asia Pacific region.

Most attractive destinations for contractors

While there are certainly changes in country preferences, which of the big cities do contractors favour for future work opportunities? According to the report, cities in Europe and the Middle East dominate the top five – London leads the way as the most popular largest city, closely followed by Amsterdam, Dubai and Berlin. Abu Dhabi, the second most populated city in the United Arab Emirates, takes fifth spot and was the biggest riser, up nine places. Tokyo and Singapore have also seen their rankings boosted while New York, which was second in 2018, dropped six places. Barcelona, which was fourth, has slipped down the order by five places.

Unsurprisingly, in light of the research evidence, cities like Seoul, Kuala Lumpur and Beijing have made it into the top 30 for the first time as have Copenhagen, Lisbon and Istanbul. Interestingly, Canada’s top two ranked cities – Toronto and Montreal – are only ranked 14 and 24 respectively despite the Commonwealth country being selected as the premier global work destination.

Given the rise of remote working brought about by the pandemic, it won’t come as a shock to discover that on average over half of respondents (57%) said that they would work for an employer remotely, even if the organisation did not have a physical presence in their country. In terms of where the appeal is greatest, those from less developed economies are more likely to consider working for a foreign employer remotely – no fewer than six African countries feature in the top 10, which is headed by nationals from Brazil and Mexico.

This work model though is less appealing to countries such as China, where work opportunities are bountiful. Some countries in Africa and the Middle East – including Egypt, Sudan, Jordan, Saudi Arabia and Kuwait – are less likely to want to work remotely for an employer with no presence in its own country. According to the report, this could be tied to not wanting to experience a different culture although technology related work barriers were also cited. As you’d expect, virtual mobility isn’t an issue for the majority of those from digital or analytical (71%) or IT and tech (67%) backgrounds.

Remaining compliant no matter where you work

Irrespective of where you choose to settle and work in the world, whether for the short or long term, highly skilled contractors must always comply with local, national and global tax compliance regulations. However, we know that the international tax landscape is highly complex. Why not work with 6CATS International to ensure you remain compliant no matter where in the world you work?