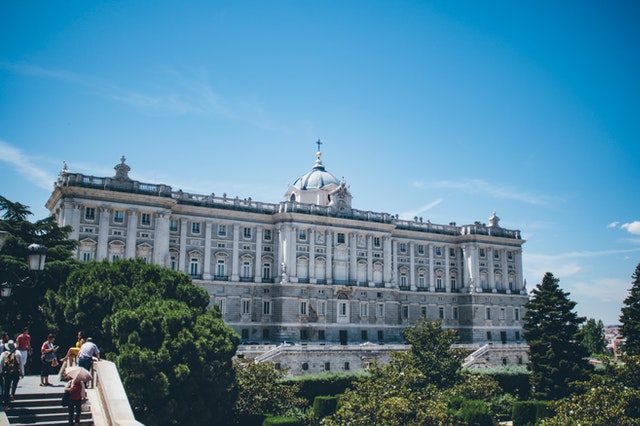 We’ve mentioned in the past that no one is above the law when it comes to international tax compliance. There have been numerous high-profile individuals, businesses and even football teams that have faced the wrath of global authorities for non-compliant behaviour and fraud. And in the latest developments on this topic, it would appear that even royalty can be caught up in tax evasion clampdowns.

The former Spanish King, Juan Carlos, has faced a number of enquiries regarding his financial activity. In fact, back in the summer of 2020, prosecutors in Switzerland were investigating a €3.5-million transfer from his bank account to another account in The Bahamas. This particular news was part of a wider ongoing probe into alleged financial irregularities involving the ex-royal.

More recently, though, he has faced the scrutiny of Spanish officials over claims that he did not declare donations from Mexican businessman, Allen Sanginés-Krause, to the Tax Agency. These payments were made between 2016 and 2018, meaning that, as he abdicated in 2014, he can be prosecuted if any fraud is confirmed as his constitutional immunity had been waived at the time of the alleged tax evasion.

It is claimed that the former King had access to and used credit cards linked to bank accounts of which he was not the account holder. Instead, the money in these accounts are believed to have come from Sanginés-Krause.

According to reports, “Sources from the public prosecution say there are signs that Juan Carlos committed a fiscal crime, meaning he defrauded more than €120,000 a year in the years after his abdication, when he no longer enjoyed constitutional immunity.”

The difference between a donation and giving money

However, the challenge facing prosecutors now is proving that these were donations made to Carlos and not money that had been ‘made available to him to spend, but not as a donation.’ While the two may on the surface appear to be similar, there are small differences that will impact how the former King is potentially prosecuted.

As one report explained:

“The difference is relevant because it indicates what type of financial crime may have been committed. In the case of the former, it is fraud against gift tax legislation, and in the latter, it is income tax fraud. Although different rules apply to each situation, the amount that constitutes a fiscal crime is very similar: a minimum of €276,702 in the case of donations and €275,862 for undeclared income from an unexplained source, according to the calculations made by the Tax Agency Experts union (GESTHA), based on tax rules in the Madrid region.”

While the investigation is on-going, news at the beginning of December indicated that Carlos has submitted a declaration to the Spanish tax office to ‘put his financial situation in order’. The declaration was voluntary, though at the time of writing, no further details had been revealed as to what documents were included.

No one is safe from tax evasion clampdowns

There is absolutely no doubt that global authorities have been ramping up their focus on tax evasion clampdowns. We’ve seen increasingly sophisticated tools being used by governments in order to tackle fraud and recover much needed funds during these difficult economic times. This latest example really does highlight that no one can hide from the law and where fraud is occurring, it will be discovered, whether it is the result of a deliberate action or a simple administrative mistake.

While well-known names and brands will certainly be made an example of in the press, individuals – including contractors operating internationally – can expect to face the same level of scrutiny and potential for prosecution if they are found to be acting in a fraudulent manner.

Aside from the potential to face criminal charges and possible fines, the longer-term impact that this could have on your reputation as a compliant contractor has to also be considered. As greater scrutiny is placed on potential tax evasion and avoidance, employers and recruitment companies are increasingly ensuring their firms aren’t at risk due to non-compliance and any wrongdoing will certainly work against you in the future.

However, as experts in international contractor management solutions, we know that remaining compliant with local legislation back home and in your destination of work is wrought with complex nuances that can inadvertently catch you out.

That’s why we provide fully compliant solutions and tax support for contractors, no matter where in the world they operate. Our team of experts has the experience and global ‘on-the-ground’ connections to ensure that you are operating on the right side of the law no matter where you wish to operate, your country of origin or where you are a tax resident. Why not give us a call today?

And don’t forget to follow us on our social media channels to stay ahead of the latest international tax developments.