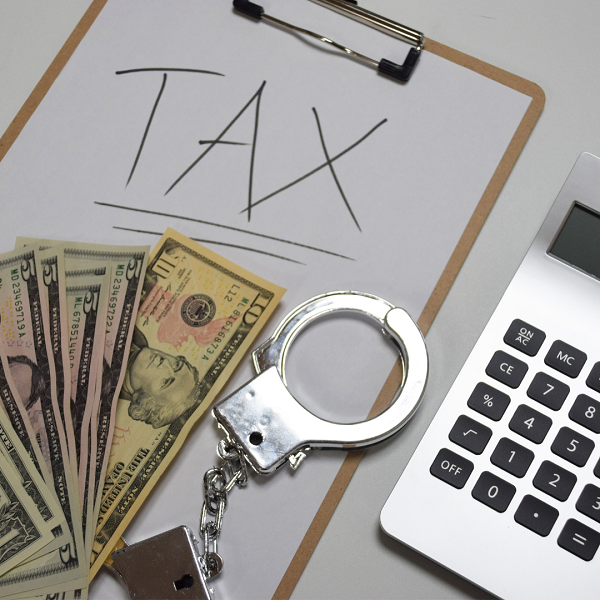 While it’s been an unprecedented year full of upheaval and uncertainty, authorities worldwide have still kept their fingers on the pulse of tax fraud. As such, despite the challenges facing almost every country as a result of the pandemic, there have been increasing reports of individuals and businesses facing investigations and charges in evasion cases. In our latest blog, we highlight some of 2020’s biggest tax cases so far (we will refrain from the on-going allegations facing Donald Trump for now!)

At the beginning of October, John McAfee – an anti-virus software entrepreneur – was arrested in Spain and is facing possible extradition to the US on charges of tax evasion. According to reports, he allegedly failed to file tax returns over a four-year period between 2014 and 2018. A statement from the US Justice Department suggests that McAfee is believed to have evaded taxes by arranging for his income to be paid into bank accounts and cryptocurrency exchange accounts under the names of nominees rather than himself. He faces a potential maximum jail time of 30 years if found guilty.

This follows a number of other allegations made this year, with the US Securities and Exchange Commission (SEC) claiming that McAfee made over £17.7 million in 2017 and 2018 through cryptocurrency recommendations that ‘turned out to be essentially worthless’ and failed to disclose that he had been paid for this activity. While actions against this claim are on-going, the SEC is not only seeking financial recompense, but also wants to ban McAfee from ‘serving as an officer or director of any listed company, or any company which files reports to the SEC.’

2. Avoidance schemes targeted in the UK

At the beginning of 2020 one of the biggest tax fraud cases to be reported focused on the arrests of five individuals who had allegedly been promoting schemes designed to help tax payers avoid paying HM Revenue & Customs through disguised remuneration tax avoidance schemes. According to reports, HMRC was investigating claims that those arrested had been helping taxpayers avoid paying loan charges that had been levied on these schemes.

Disguised remuneration sees employees paid via a third party business that allege to have ‘loaned’ the money to the individual, despite there being no intention to repay this money to the company. This news was particularly controversial as those caught up in the schemes claimed to have only chosen this route after seeking expert advice.

A spokesman from HMRC’s Fraud Investigation Service said at the time:

“Those that enable, promote or facilitate tax fraud are firmly in our sights and we currently have more than 200 such suspected enablers under criminal investigation. We are keen to protect the public from those who devise and market fraudulent schemes which at best do not work and at worse mean that people could end up being involved in fraud.

“People need to think extremely carefully before they enter into any scheme that claims to significantly lower your tax bill. If something looks too good to be true, then it almost certainly is. HMRC’s advice is firmly to steer clear.”

Shortly before Coronavirus shut down much of Europe, Spanish authorities charged Abdilgafar Fali Ramadani – a leading soccer agent – and several of his associates with money-laundering and tax evasion. Reports suggested that Ramadani was one of several agents exploiting tax regulations by transferring athletes through ‘ghost-clubs’. By doing this, he was able to avoid paying taxes on the deals he had brokered and was able to hide millions of dollars from the taxman.

In other football related news, the German soccer federation had its headquarters and the private homes of some members raided in early October as part of an investigation into alleged tax evasion. The federation is accused of avoiding paying around 4.7 million euros in taxes between 2014 and 2015 by ‘deliberately wrongly declaring false income from perimeter advertising from home matches for the national soccer team’ as income from asset management.

In September, the extent of the increase in authorities clamping down on tax fraud became highly evident, with data from accountancy firm UHY Hacker Young revealing that the number of tax evasion whistleblowing reports made to the taxman had increased 10% in a year. For 2019/2020, the number of these reports increased to 73,000, up from 66,000 the year before.

While there is likely to be a number of factors driving this – including furlough fraud – UHY Hacker Young claims that the growing view among the general public that evasion is unacceptable has in part contributed to whistle-blower numbers. The fact that under the Criminal Finances Act 2017, accountants have a duty to report all potential cases of evasion as part of the ‘failure to prevent the facilitation of tax evasion’ regulation certainly had an impact on these numbers as well.

In the summer, the European Union Agency for Criminal Justice Cooperation (Eurojust) revealed that it had helped Italian authorities identify a large-scale tax fraud scheme which had allegedly led to over 4 million euros of lost revenue for the tax authority in the country. The accusations focused on the false declaration of diesel imports that helped the individuals evade VAT and taxes on the fuel. While this is arguably a slightly smaller scale operation than some of the above cases, the fact that Eurojust had collaborated with national authorities to help crackdown on this fraud really does highlight the level of co-operation that global governments are embracing to prevent tax evasion.

Tech giant Apple has been embroiled in a long-running tax discussion with the EU’s General Court which has certainly been dominant in the public eye for a while now. In July, this came to a head when the multi-national was told that it did not have to pay Ireland €13 billion in back taxes – news that certainly came as a blow to the European Commission. However, we certainly don’t think this is the last of Apple’s tax challenges.

The above examples are just a few of many that made the news this year, and there will certainly be more before 2020 comes to a close. For recruitment businesses operating internationally, the growing number of cases against fraudulent behaviour demonstrates just how crucial compliance is for your firm.

The global compliance landscape is fraught with local nuances and constantly updated regulations which makes it highly complex to navigate. For those without the tax and employment law experience and in-country connections, it really isn’t worth going it alone. The financial implications and possible criminal charges that come with a simple reporting error aren’t worth the risk. That’s why we advise partnering with an expert in contractor management. By working with 6CATS International you can rest assured that your recruiters and the contractors you place are operating compliantly, taking the compliance burden off your shoulders and freeing up your time to focus on running – and expanding – your staffing company.

Why not contact our expert team today to find out more?