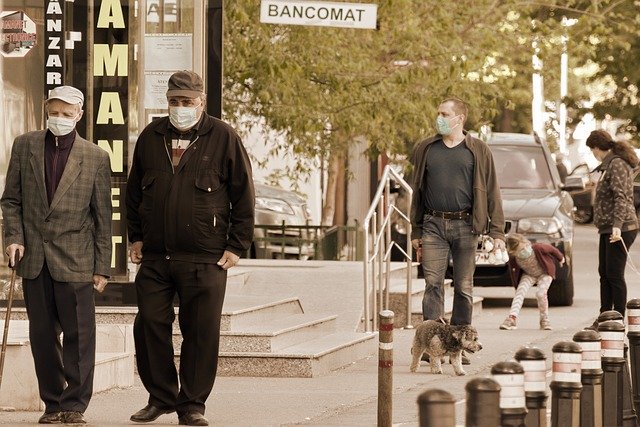 Contractors across the globe have certainly faced tough and uncertain times this year. No-one could have predicted the pandemic and how it would impact the way we live and work worldwide. However, there are glimmers of hope emerging across the globe, as governments ease some of the travel restrictions imposed and infection rates begin to drop in certain destinations. For contractors, the lifting of global lockdown measures will be welcome news.

While we’ve worked hard to keep our contacts informed  throughout the crisis, this recent update shared by the BBC provides the latest – here’s a rundown of the key points that contractors need to be aware of.

The country began lifting some of its restrictions back in April, with smaller shops reopening, before the control of any further easing of measures was handed over to the 16 federal states. Perhaps the most important announcement for contractors, though, was the news from foreign minister Heiko Maas that the travel ban for EU member states and specific European countries including the UK, would be lifted on 15th June. While this comes with the condition that there are no large-scale lockdowns still imposed in the destination individuals are travelling from, this allowance of movement into the country will provide those professionals with opportunities on hold in Germany with some positive news.

There’s no doubt that Italy imposed some of the strictest and longest lockdown rules across Europe. In the early stages, citizens faced a ban on walking and exercising any more than 200 metres from home, let alone being allowed to move across the country for work. However, the situation is much more promising now, with some restrictions being relaxed last month that allowed greater distances to be travelled and for longer periods of time. Perhaps more importantly, though, earlier this month (3rd June), Italy reopened its borders and lifted regional travel restrictions.

On 17th March, France implemented strict measures across the country. Anyone travelling outside of their home was required to carry a permit that justified why they are making the journey, even if it was to collect essential household items such as groceries. As with some other EU nations, though, the French government has begun to ease some of these restrictions. At the beginning of June, it entered the second phase of lifting lockdown, which including ending the 100 kilometre travel limit. While this still restricts movement to a degree, for contractors still in France and looking to get back to work where they have been unable to do so remotely, the news will certainly be music to their ears. For Paris, the capital has been reclassified as an orange zone, moving it closer to the ‘green’ category which would mean lockdown measures can be lifted much quicker.

As one of the first European destinations to impose a lockdown, it’s perhaps no surprise that Denmark began easing some of these measures earlier than most, beginning the process mid-April. However, while the phased reopening of parts of the country have begun, with some schools already welcoming students back and hairdressers, beauty salons, optometrists and chiropractors among those back in action – travel is still restricted. In fact, its borders remain shut for most people, though its expected that these will open to tourists from Norway, Iceland and Germany from 15th June.

While they may only allow free movement with each other, Lithuania, Latvia and Estonia were the first European destinations to allow such travel to take place. On 15th May, the three states announced that residents could move between the countries freely, with the a few caveats of course, including:

Anyone entering these destinations from other countries are subject to a 14-day quarantine period, though nationals from Germany, France and Austria are no longer subject to this measure.

Elements of Belgium’s lockdown measures began easing throughout May, with social bubbles being introduced and shops re-opening with social distancing measures in place. The destination is now entering phase three of lifting restrictions, with plans in place to allow trips into Belgium from 8th June. It’s also hoped that as of 15th June the country will reopen its borders for those travelling within the Schengen zone.

While the Netherlands hasn’t perhaps been as strict as it’s neighbour Belgium in terms of lockdown measures, necessary restrictions have been followed, though these are beginning to ease. In a recent announcement it was revealed that the destination is planning to lift travel limitations for citizens in countries across most of Europe. Travel to some of the more popular holiday destinations such as Germany, Belgium, Italy and Croatia will be allowed, with plans for France, Spain, Austria and Switzerland to be added later.

The destination began lifting some of the restrictions that had been enforced relatively early, with the reopening of shops implemented mid-April. As this didn’t lead to a spike in cases, Austria has taken further steps and, at the time of writing, was planning to reopen its borders fully, expect its frontier with Italy, with no quarantine requirements for individuals.

While Spain intends to keep a number of restrictions in place for much longer – including the closure of schools which aren’t expected to return before September – travel bans are beginning to ease. It’s expected that from 1st July, anyone travelling to the country from abroad will no longer need to spend 14 days in quarantine – making any moves to the country much easier for contract professionals.

Towards the end of April, the Greek Prime Minister, Kyriakos Mitsotakis, announced plans to relax many of the islands’ restrictions. Over the weeks that followed, schools were reopened, cafes and restaurants were accepting patrons and Churches allowed people to attend individual prayers. Mainland Greeks were allowed to travel to the islands again from 25th May, though restrictions remain for foreign tourists. It’s hoped that the quarantine period for non-residents travelling to Greece will be lifted from the beginning of July.

Global lockdown measures lifted: what it means for contractors

While we are by no means in the clear, the easing of various global lockdown measures will increasingly present more opportunities for international contractors. The crucial reminder as this happens, though, is that the tax compliance landscape hasn’t changed, and remaining on the right side of the law in your chosen destination should still stay front of mind.

If you’re beginning to plan your next move, why not contact our team of experts today?