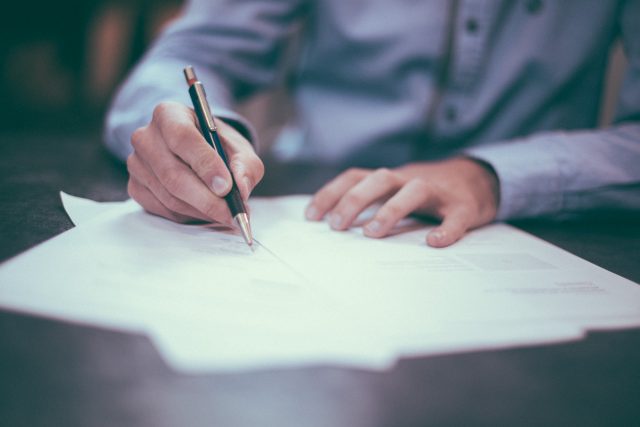 As regular readers of our blog will know, we’ve been increasingly vocal and supportive about the tough stance HMRC is taking towards tax evasion. Whether it be through the expansion of their powers under the Criminal Finances Act 2017, implementing cutting edge technology such as Connect, or driving international initiatives such as the Common Reporting Standard – the department has aggressively ramped up its pursuit of non-compliance for some time.

Earlier this month, another story emerged indicating the growing power of the UK’s tax authority. According to reports, nine businesses are being investigated by HMRC for failing to prevent the facilitation of tax evasion, according to tax law experts. In fact, this is the first time that the taxman has exercised the ‘criminal corporate offences’ rules of the CFA. Here’s what you need to know about the HMRC CFA crackdown.

As part of a continued push towards tougher tax systems, nine businesses are being investigated by HMRC, with a further 21 cases under criminal review. Cases under review cover businesses in a wide range of sectors including financial services, oil, construction, labour provision and software development.

Under current laws, it is a criminal offence if a business fails to prevent its employees or agents from facilitating tax evasion. Potential fines for this are unlimited, and board members need not be aware of employees’ actions for an offence to have taken place. The only defence available for the company is adequate proof that they have procedures in place to prevent non-compliance.

In terms of detection and intervention, the corporate criminal offence makes accurate compliance far more important to businesses. HMRC teams are increasingly conducting tax evasion investigations to explore whether there has been a facilitation by someone associated with a company and whether the company has adequate controls in place.

The fact that HMRC has confirmed that it is applying this offence across ten business sectors with very different operating models reveals that they are using the power to send the message that corporates everywhere need to revisit their understanding of the risk of facilitation.

However, HMRC isn’t just ramping up its actions domestically, but across the globe. Earlier this month, it was revealed that there has been a jump in the number of requests for help made to British investigators by foreign prosecutors in tax evasion probes. Requests made to the Home Office from other countries have risen by 47% from 103 in 2017 to 148 last year.

These requests require businesses to provide foreign law enforcement agencies with documents such as transaction histories or bank statements or to give evidence in court. This comes at the end of a record year for HMRC – the first time it has managed to exceed half a billion pounds in offshore revenue.

As authorities move toward stricter tax systems, compliance is becoming more challenging than ever. If you are placing workers abroad, legislation will likely have been strengthened wherever you do business.

As a result of the Criminal Finances Act 2017 – the action of just one contractor could land your firm in trouble. However, according to results of our survey with Camino Partners, 43% of firms are unaware of the impact this legislation could have on their business.

With the UK’s tax authority looking to increase the number of investigations it undertakes, agencies can no longer hide from compliance. Therefore, we strongly advise firms to seek the services of experts in international tax and compliance.

At 6CATS, we can take this burden off your shoulder – and allow you to thrive on a global scale.