French tax blacklist grows to include BVI and Bahamas 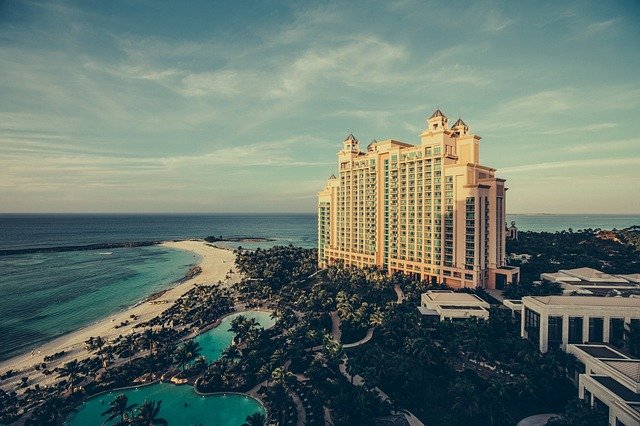 France has a wealth of opportunities for contractors. With so many new businesses opening up in the country, some employers are warning that skilled workers have become increasingly hard to source. With skills shortages noted across a number of attractive sectors, such as IT and Finance, there are plenty of opportunities for those looking to try their hand in the Gallic nation. This is all without mentioning the food and wine!

However, another area that the country excels in is cracking down on tax evasion. The compliance situation in the country has been following much of the rest of the world in its move towards tougher systems. This week, the French tax blacklist was extended to include two new destinations. Here’s what contractors need to know:

Last week, the French tax authorities added the Bahamas, British Virgin Islands (BVI), Anguilla and the Seychelles to its blacklist of non-cooperative countries and territories. Paris updates the list annually and it now comprises of 13 countries.

The updated French tax blacklist was released on the 7th January by Finance Minister Bruno Le Maire and Minister of Public Action and Accounts Gérald Darmanin, and follows the publication of a similar list by the Netherlands. France has blamed the jurisdictions’ deficiencies in the exchange of tax information for the listing.

However, there has been some criticism of the move – with Bahamas deputy prime minister Peter Turnquest claiming that his government was ‘in the blind’ about the reasons for the tax blacklisting.

BVI premier, Andrew Fahie, said that France had overlooked the good tax co-operation between them in their decision to add the territory to the list.  Fahie stated that ‘as our treaty partner, we continue to cooperate with France on an ongoing basis to meet our treaty obligations.’

Noting the countries’ strong approach to compliance, Gerald Darmanin, France’s minister of public action and accounts said ‘France’s list will be harder than that of the EU.’ He added that The Bahamas and the other jurisdictions ‘are not cooperative enough in terms of financial transparency.’

The list is part of France’s Anti-Fraud Law, adopted in October 2018 and now includes: Anguilla, the Bahamas, Fiji, Guam, the British Virgin Islands, the US Virgin Islands, Oman, Panama, Samoa, American Samoa, the Seychelles, Trinidad and Tobago and Vanuatu.

Latest of many steps

The French tax blacklist is the latest of many steps making up the ongoing compliance crackdown:

Clearly, tax evasion around the world is becoming more scrutinised. With initiatives such as the Common Reporting Standard, and the ease with which countries can now share information, it is more crucial than ever to make sure that you don’t fall foul of the law.

With the complexity of international compliance legislation, the speed with which jurisdictions can exchange information, and the willingness of authorities to prosecute, the chance of being punished for simple carelessness has increased sharply.

For this reason, we advise contractors to seek the help of experts that can take the weight of international compliance off your shoulders, and allow you to purely focus on the job at hand. Contact us today.