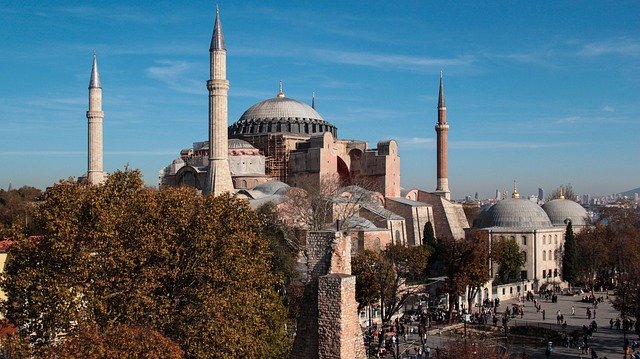 Over the last few years, the EU has been one of the organisations most committed to implementing tougher tax systems. Whether through the actions of its member states, or its global blacklist, the bloc has forced many countries to toughen up on tax. This crackdown has shown no signs of slowing down, with Turkey the latest country in Brussels’ sights. Here’s what contractors need to know about Turkey’s blacklist extension.

According to reports, EU diplomats have reached a preliminary agreement to give Turkey an extension to meet tax transparency requirements. To avoid blacklisting, Turkey was required to adopt laws by the end of last year to automatically exchange tax information with EU states. But despite having been given more than one year to meet the requirement, it failed to do so.

However, the EU has held off on pushing forward with the blacklisting in order to remain on good terms with Turkey. The country’s recent exploration for gas and oil off the coast of the island of Cyprus worsened relations with Brussels, which considers it illegal. To avoid opening a new front with Turkey, EU diplomats adopted a lenient approach on tax matters, despite opposition from Cyprus.

An EU blacklisting would increase scrutiny on financial transactions with Ankara and damage Turkey’s reputation. The preliminary deal is set to be discussed at a new meeting of diplomats and would need final approval from EU finance ministers due to meet in Brussels next week.

While Turkey’s extension is an uncommon move – the EU blacklist, started back in December 2017 has pressured numerous countries to change their tax systems. In addition to the blacklist, the ‘grey list’ of nearly 50 countries that have committed to making reforms has also been effective.

For example, in December 2018, the Cayman Islands published three new bills in an attempt to stay off the blacklist. Liechtenstein also ended long-standing damaging tax practices in direct response to being ‘grey listed’.  In fact, last year – the use of the blacklist was so extensive that it seemed that even the USA could potentially end up on the ‘grey list’ of jurisdictions that are failing to take appropriate action on tax fraud.

In addition to this, there are a raft of other international treaties that have been effective in prompting countries to tighten up on tax compliance. For example, the Common Reporting Standard (CRS) has seen widespread adoption throughout the international community with 96% of authorities that have committed to the CRS already passing the required domestic laws to implement it.

As authorities continue to proceed with the global compliance crackdown, the legal landscape for contracting abroad has become even more complex – and will only continue to do so. According to a think-tank report, the European Union loses €170 billion a year due to tax evasion. Therefore, overseas workers can expect that member states are going to continue to get tougher on taxes.

Since the introduction of the Common Reporting Standard, the OECD has enabled countries across the entire globe to share tax information seamlessly. The ‘unprecedented successes’ of this strategy enabled the recovery of nearly £7.5 billion of additional tax revenue, with foreign-owned bank deposits in financial centres down 22% – £312 billion compared to 2008.

Ultimately, contingent workers cannot afford to be complacent when it comes to tax, as the slightest error could inadvertently land them in hot water. With the raft of new international legislation, this is easier said than done. For this reason, we recommend seeking help from international experts.