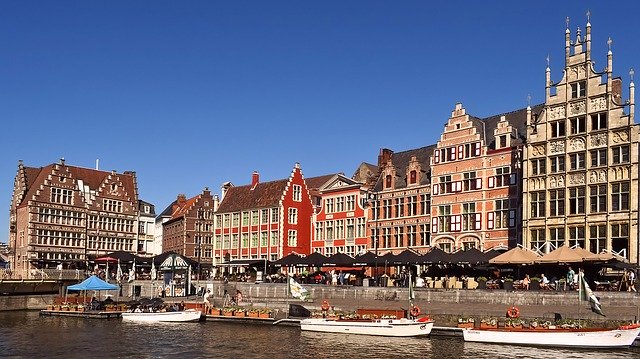 Renowned for its beer, chocolate and waffles – Belgium also offers a lot to contractors looking to try their hand abroad. Not only is the country’s economy flourishing – but with staff shortages in the health, ICT and hospitality sectors, there are plenty of openings for contingent workers. In fact, a recent study by Manpower has revealed that 24% of Belgian employers are struggling to fill key positions.

However – it’s important to be aware of the large number of actions that authorities have taken to crack down on compliance.  In December, several tax measures were brought in that caused tax revenues to skyrocket in Belgium. Here’s what it means for contractors.

Belgium taxes skyrocket: What does it mean for contractors?

As 2019 came to a close – actions by the Belgian authorities saw a huge jump in tax revenues. According to official figures, €400 million were collected from pursuing tax evasion in 2019. €248 million of this was declared over the initial 11 months of the year – but December saw the tax man take in €146 million, more than a third of overall revenue.

The December rush can be explained by a steady stream of regulation changes making the prospect of a 2020 hike in fines for tax avoidance far more likely. Over 2019, a total of 609 regulations were introduced. This is part of a wider surge, which has seen €1.5 billion collected since 2016.

However, contractors should be aware this move is just one of many tax measures that Belgium has taken action to toughen. As reported in the Brussels Times, measures introduced at the turn of the decade have made it far easier to access bank accounts of those suspected of tax fraud.

In fact, since 2011, the Special Tax Inspectorate (ISI) has made 3,613 investigations using increased powers. Part of these measures allowed authorities to conduct investigations with far more ease, being able to proceed based on just one indication that a person is living above their official income.

Furthermore, in January 2019, the European Commission ordered Belgium to recover a staggering €700 million from 35 large companies in back taxes, the EU’s biggest move to date in its efforts to crack down on tax avoidance by multinationals.

Contracting in Belgium: the legal bit

In addition to an awareness of the increasingly strict climate around tax and compliance in Belgium, there are a number of nuances to bear in mind for contractors:

Be prepared for change

Ultimately, contractors looking to work in Belgium will find that the country, like many worldwide, has introduced several tax changes to employment in order to clampdown on fraudulent behaviour. However, staying ahead of legislative changes and ensuring you abide by local laws can be hugely challenging. To ensure you are compliant in your chosen destination, our expert staff are on hand to help. Contact us today: