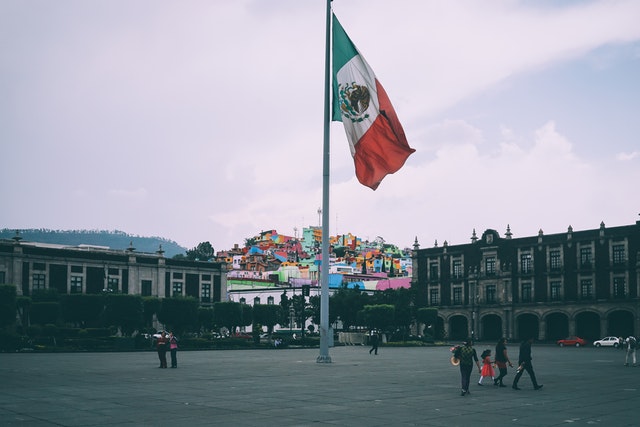 Here at 6CATS, we’re vocal about the fact that the global crackdown on tax and compliance is leaving no stone unturned. Mexico is no exception, with the Central American country clamping down heavily on fraud. Last week, reports emerged from the nation that spy tactics could be used to fight tax evasion, after new legislation classified the offence as a far more serious crime.

Recently, the country – with the 11th largest economy in the world, rich cultural history, and abundant natural resources – has become very attractive to international workers, causing a surge of interest in contracting in Mexico.

In addition to this, in recent years, the nation has enjoyed a period of unprecedented economic stability – pretty ironic for a nation nicknamed ‘the land of shaking earth’! Here’s what anyone looking at contracting in Mexico needs to know.

In an announcement last week, Mexico’s president, Andrés Manuel López Obrador’s, said that innovative new methods would be used to fight tax evasion, after the crime was classified on the same level of severity as corruption and homicide.

This is just a wider part of the President’s ten-point plan to ‘generate a climate friendly to business.’ Currently, Mexico’s overall tax take is the lowest out of the 36 nations in the Organisation for Economic Co-operation and Development (OECD) – the leading body in the global crackdown on tax and compliance.

Earlier this week, the lower chamber in Congress, controlled by President Obrador’s MORENA party, voted to pass a bill that would classify tax evasion of at least 7.8 million pesos as a serious crime. Included in this bill were stipulations that individuals who use fake invoices and receipts would serve up to nine years in prison. Offenders who are government officials could lose their right to public office for up to 10 years.

To further boost collection, Obrador also said he will eliminate tax forgiveness for the country’s largest companies and end tax write-offs. He also plans to enforce a sales tax on foreign online businesses. Lawmakers supporting the measure said that the production of fake invoices and receipts in Mexico was an industry worth up to $15.6 billion a year.

Ultimately, it’s clear that international tax and compliance is becoming stricter than ever. With rules constantly changing, and authorities becoming far more powerful – working abroad without making compliance a priority could land you in serious hot water. Regardless of whether you are contracting in Mexico, or anywhere else in the world – there’s no doubt that the situation is getting tougher.

Given this increasing complexity, the likelihood of inadvertently making a mistake is higher than ever – and ignorance will not be considered a defence. Therefore, it’s essential that contractors do not to take on this burden alone.

We strongly advise seeking expert help from those who truly understand and can navigate the landscape of international tax and compliance. By taking advantage of our enterprise, you can go back to focussing on the job at hand.