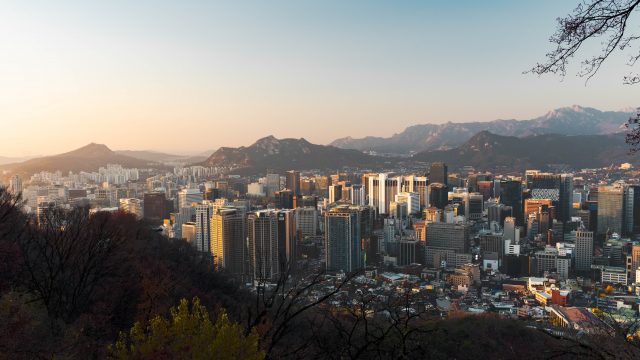 Famous for its spectacular rise from one of the poorest countries in the world to a high-income destination in just a few generations, South Korea is the fourth largest economy in Asia, 11th largest in the world, and fast becoming a hotspot for contractors worldwide.

Despite being known as ‘The Land of Morning Calm’, there’s plenty to be excited about in the country. As home to tech giants Samsung, LG, and Hyundai, the destination is pouring money into AI, with demand for experts set to increase rapidly in these fields.

However, much like the rest of the world, the government has also been cracking down on tax and compliance. Most recently, reports have stated that authorities are moving to strengthen taxation of high-income influencers and content creators on social networking services, including YouTubers. Here’s what recruiters need to know about the South Korea compliance crackdown.

According to reports, the Korean Finance Ministry has been collecting and analysing all foreign exchange receipts exceeding $10,000 from the Bank of Korea, and using the data to investigate high-income influencers and YouTubers. Although the collection does not solely apply to internet celebrities, it has largely been used to verify sources of taxation of these individuals.

Content creators such as YouTubers and Instagram celebrities have often been accused of hiding from tax authorities despite the high income they generate from advertising, sponsorships and the sale of goods and merchandise.

Usually, local YouTubers’ advertising revenues are sent in foreign currency from Google’s Asia office in Singapore to Korea. Those belonging to multichannel networks, or MCNs, are taxed based on income data submitted by MCN providers. However, it is far more difficult to verify income sources for influencers who do not belong to MCNs or whose content accounts are located overseas.

Kim Hyun-Joon, new chief of the National Tax Service, said in an inaugural address on July 2, “We will strengthen the collection of on-site information on YouTubers, who are in a new blind spot. We will also closely look into individual online creators who sell products online.”

This is far from the only step that authorities have taken as part of the South Korea compliance crackdown. Recently, the Finance Ministry voiced strong support for worldwide corporate taxes on multinational tech companies, which are being promoted by the International Organisation for Economic Cooperation and Development. Authorities have also been heavily involved in the highly influential OECD BEPS project and implementing the body’s recommendations.

Earlier in the year, the country also began delivering heavier fines to firms or individuals that fail to submit their overseas financial statements. Under the changes, holders of overseas financial accounts which contain 500 million won (£400,000) or more in countries where Korea has no tax treaties will no longer be able to avoid regular tax filings.

Previously only corporate entities in Korea with overseas accounts were required to file reports, making it far harder to identify the real owners of these accounts, and enabling these individuals to dodge scrutiny by tax authorities. Private individuals who fail to report their assets will be liable to fines of up to five million won with the figure doubling to 10 million won for corporate entities.

Ultimately, as the South Korea compliance crackdown shows, tax laws have become extremely difficult for overseas contractors to comply with. With the current state of affairs, there’s a real possibility that workers could unintentionally find themselves breaching the law – and facing huge penalties.

However, this doesn’t just apply to contractors, and agencies are not exempt from risk. With the introduction of laws such as the Criminal Finances Act 2017, which stipulates that an agency could be held liable for the non-compliant actions of a contractor – compliance must be a priority.

Therefore, in order to avoid any potential negative consequences, it is advisable to engage the services of an expert contractor management firm that knows exactly how to navigate the uncertain landscape of global tax and compliance.