Germany’s biggest tax fraud case – what does it mean for recruiters? 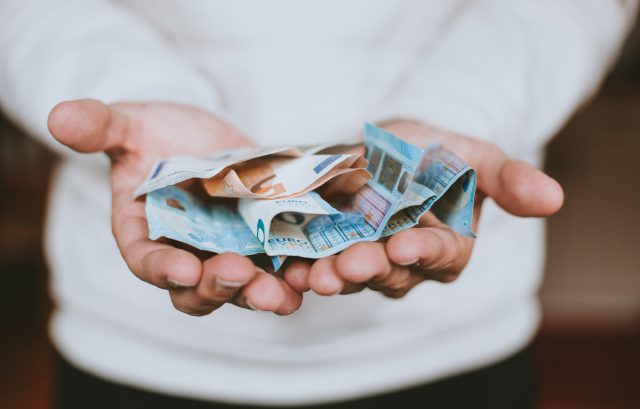 As the largest economy in Europe, Germany is unsurprisingly a contracting hotspot. On top of this, the destination is a cultural powerhouse, producing some of the greatest artists, writers and filmmakers of all time. However, there are many legal and financial concerns to bear in mind when attempting to work in the destination, with Germany actively cracking down on tax evasion, much like the rest of Europe.

Currently, any recruiters placing contractors abroad should take note of the fact that Germany is conducting its largest ever tax fraud trial. Two British investment bankers are accused of helping engineer dubious transactions resulting in billions of pounds of losses. The case is just another strong reminder that British firms doing business abroad need to make compliance a top priority.

The tax fraud trial involves two British investment bankers, named Martin S and Nicholas D. The individuals are playing a double role in proceedings, as both defendants and main witnesses. Accusations centre around so-called cum-ex trading schemes that the two bankers and many others were involved in from 2006 to 2011. While incredibly complex, essentially, in these deals a domestic bank helps a foreign investor to get a tax refund that they are not entitled to. The profit is then shared between participants.

There were several variants of the scheme, but the ‘cum-ex’ (without dividend) trades would see traders refunded twice or, in severe cases, several times, by the state for taxes that buyers or sellers of stock would have paid only once. These went on unnoticed for decades due to different regulations within European Union member countries.

The reason why so many market players and authorities are nervous about cum-ex trades is obvious — the sheer amount of money that was involved. The cum-ex deals of the two British bankers in question eventually meant a tax loss of €400 million ($443 million). Across Europe, the damage caused by cum-ex deals in general was calculated to be €55 billion.

It is also because cum-ex deals are extremely complex and involve large sums that need to be handled in a coordinated way. It requires the participation of many players, all of whom profit from the deals in one way or another. Even the role of Germany’s biggest lender, Deutsche Bank, will be scrutinised in the case.

However, while this case represents a huge milestone in the crackdown on international tax fraud, Germany has been very active in this department – which should also be noted by recruiters. A few months ago, police and tax inspectors in Germany raided the offices and homes of dozens of banks, financial advisers and wealthy individuals as part of a criminal probe into suspected tax evasion. The action, which involved around 110 investigators, was a follow-up on a police raid last November of Deutsche Bank over money laundering allegations linked to the Panama Papers.

As we’ve also written about recently, UBS is facing a fine of €83 million for helping clients evade taxes in the period from 2001– 2012. Investigations into UBS have been ongoing since 2012, and have been particularly intense, with prosecutors conducting raids on the homes of its employees. Authorities have claimed to have a mountain of evidence against the bank and described the fine as appropriate and proportional.

The law will always catch up with you

While recruiters should be reminded that tax fraud investigations in Germany are still on-going, this case should serve as a strong example to those who think they can get around existing systems, as behaviour such as this could still land you in hot water further down the line. With this ever-changing landscape, it can be difficult for recruiters placing contractors across the globe to truly understand their compliance requirements.

And with rules varying from country to country, it can be a real minefield to navigate. At 6CATS International we have a wealth of experience in international contractor management solutions, so why not let us handle this complex job and free up your time to do what you do best?