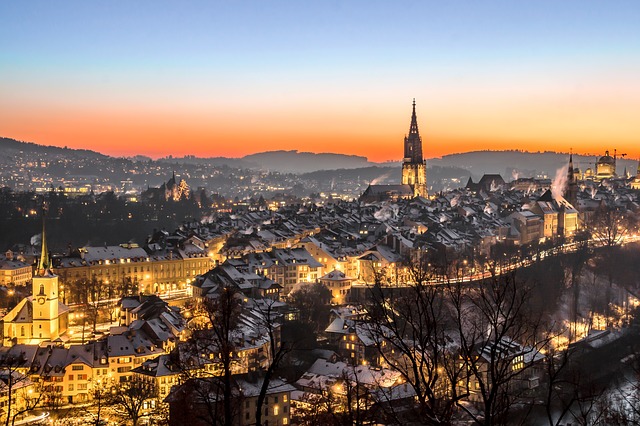 A destination we have written extensively on, Switzerland is undeniably a contracting hotspot. As home to picturesque mountains, lakes and one of the world’s most advanced economies, it’s not hard to see why. Talent shortages in the region are opening up a lot of spaces for foreign workers, with a 2018 survey from the Adecco Group finding that skills shortages have grown considerably in technical, financial, and medical professions. However, don’t just take our word for it – this week, the testimonials of Switzerland’s contractors and expats meant that the country ranked number one on HSBC’s 2019 Expat Explorer survey.

The nation, considered by many as a tax haven, has also taken a tougher stance than ever on tax fraud in recent years. In fact, recently, Switzerland made its first exchange of information under the Common Reporting Standard, sharing data on approximately two million accounts in September 2018. Clearly, those in breach of the law can no longer get away with it so easily.  So, what do Switzerland contractors need to know?

According to the HSBC survey, eight out of 10 expats claimed that their quality of life improved after moving to Switzerland. Most praised was the stunning scenery and low pollution levels, with seven out of 10 noting their surroundings were cleaner and an improvement on those in their home country. Two-thirds of expats also felt safer on the streets and in their homes than before moving to Switzerland – especially those living in Geneva.

Quality of life was not the only Swiss feel-good factor, with 70% of expats having more money to spend than at home – with an average salary of $111,587 climbing far above the global expat average of $75,966. “An improved quality of life alongside impressive pay and swift career progression means Switzerland is now expats’ favourite global destination to live and work,” says the report.

However, while all of this will likely be making contractors keen to work in the destination, there are a number of things they should know beforehand:

Any contractors in Switzerland will be happy to know that obtaining a work permit is a fairly straightforward process for EU nationals. Once they have an employment contract and a place to live, contractors can apply for a permit for the duration of their stay and 90-day declarations can be applied for 24 hours before a start date.

Once the worker has secured a place to live, they may visit their local canton office and upgrade their declaration to a full work permit if the assignment is longer than 90 days. However, non-EU nationals must secure an entry visa from their local Swiss embassy in order to be able to register for and obtain a work permit.

Those who are working in Switzerland on a contract basis often have to pay both sides. The costs in total are approximately 15% of gross salary. Social security coverage in Switzerland is highly comprehensive, but there is no NHS, and medical care is all provided by the private sector. Anyone in Switzerland for more than 90 days must take out private medical insurance. If they don’t, the canton has the power to do this for them and to send the bill directly.

Clearly, Switzerland’s contractors are convinced that the country is a highly attractive place to work. However, those looking to relocate to the nation need to be aware that the country is no longer a soft touch on tax and compliance, and make sure they are not unwittingly breaching the law. However, with the raft of ever changing international standards and legislation being introduced, this is not an easy thing to do. For this reason, we recommend seeking out help from international experts.

Contact us today to find out how we can help take the burden of compliance off your shoulders, and let you get back to focussing on the job at hand.