What does the Luxembourg tax crackdown mean for international contractors? 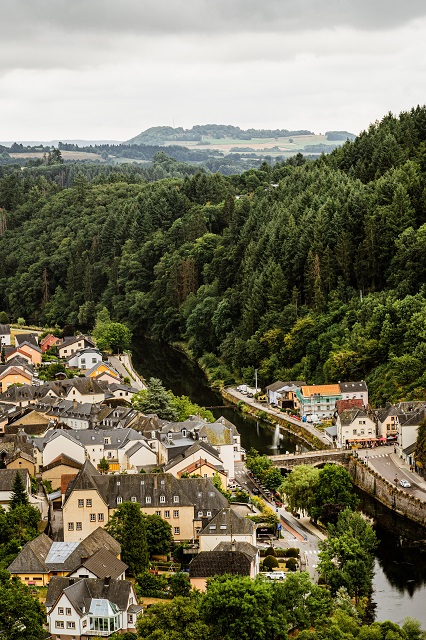 Luxembourg, a destination long accused of being a tax haven, has recently ratcheted up efforts to stop evasion. Despite being one of the smallest nations in the world, the country is the second richest on earth, and home to one of the most prolific financial services sectors in Europe, so it’s no surprise that it’s a strong draw for overseas contractors. This is without mentioning the beautiful scenery, strong social security net, and historic culture. So, here’s what contractors need to know about the Luxembourg tax crackdown.

As the latest development in the Luxembourg tax crackdown, the country’s government has laid down draft legislation to enact the second EU Anti-Tax Avoidance Directive into domestic law. This aims to combat current avoidance practices which mitigate the tax liability for transactions both within and outside of the EU.

Member states have until 1 January 2020 to implement the directive domestically.  Recently, we wrote about the pressure applied to Ireland for delaying the implementation of the same law. Luxembourg’s draft bill mirrors much of the language of the EU directive, however it has yet to pass into legislation and amendments are likely. Certain Luxembourg entities which are liable for corporation tax, including permanent establishments of foreign companies, will also be subject to the legislation.

This latest tax crackdown is made even more noteworthy due to the fact that Luxembourg has been known as a notorious tax haven  for corporations and mega-rich individuals around the world since the 1970s. Historically, the country’s government has provided offshore bank holders with top-notch confidentiality and asset protection.

Luxembourg’s tax system allows corporations to store massive chunks of their business outside their home countries, which cuts billions from tax bills. The country also charges foreign corporations an extremely low tax rate to send money into and out of the country, with corporations that funnel profits through Luxembourg charged around 1% tax.

Recently we wrote about the landmark EU ruling against Amazon in Luxembourg, which from 2006 to 2014, allegedly reduced Amazon’s taxes by a whopping €250 million through funnelling profits into the company. This meant that during this eight-year period, the company effectively paid a total tax rate of just 7.25% in Luxembourg.

The main turning point that triggered the Luxembourg tax crackdown was the LuxLeaks scandal. This was a 2014 controversy initiated by a group of journalists that leaked confidential information about Luxembourg’s tax rulings, set up by PricewaterhouseCoopers from 2002 to 2010 to benefit its clients.

The investigation resulted in the leak of tax rulings for over three hundred multinational companies based in Luxembourg. The LuxLeaks’ disclosures attracted widespread attention and huge pressure from international bodies towards the country.

Clearly, when even notorious tax havens such as Luxembourg, Switzerland, and Panama are enacting tax crackdowns, it’s hard to deny that the global movement towards tougher tax and compliance systems is gathering pace.

Contractors seeking work in the nation, or anywhere else in the world for that matter, will need to make sure that compliance is their top priority. However, due to the intricacy of international tax systems, this is easier said than done. For this reason, we strongly advise seeking the help of experts in the field, that can take the burden of compliance off your shoulder, and help you get back to focussing on the job at hand.