How is pressure from the EU set to affect contractor compliance in Ireland? 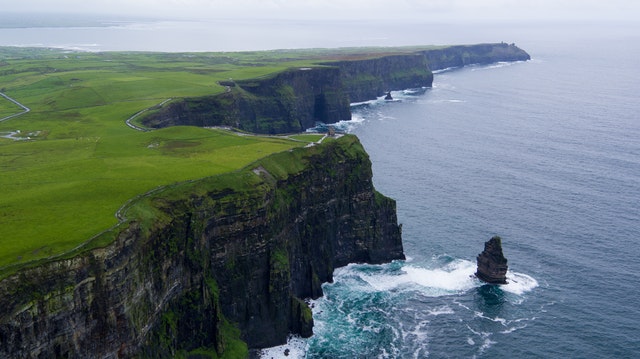 Famed for its culture, history, and most importantly, Guinness, Ireland is a contracting hotspot, with the economy growing a staggering 8.2% in 2018, and a growing demand for skilled professionals across a number of sectors.

However, despite this, the country has historically been labelled as a tax haven, offering some of the lowest corporate tax rates in the world. Even though the government has implemented many changes to shirk this image, Ireland still finds itself under pressure from international bodies.

Most recently, the European Commission has served a formal notice to Ireland calling on it to implement key anti-tax-avoidance rules. Recruiters should be aware of the tough stance that the EU and other international bodies are taking and understand how this will affect contractor compliance in Ireland.

Contractor compliance in Ireland – a note from the Commission

The European Commission has served a formal notice on Ireland calling on it to implement key anti-tax-avoidance rules in relation to how companies use interest payments to cut their tax bills. If this is ignored, the commission can decide to take further action, including bringing Ireland before the European courts, but the Department of Finance says discussions are under way to try to find an agreed route forward. The disagreement relates to so-called interest limitation rules, which set a limit on the amount of interest deductions that companies can claim for tax purposes.

Ireland has two months to reply to the notice, and if it does not do so the commission can send a reasoned opinion outlining its case – and bring this before the European courts. The Department of Finance said in a statement that it did not agree with the commission’s assessment and believed Ireland’s regime was “at least equally effective” as that proposed in the directive. However, it also said  that Ireland was committed to bringing forward the process of transposition from the original planned deadline of end-2023 to ensure that the rules will be changed “as soon as it is possible to do so effectively”.

First step of many

This is not the first step that Ireland has taken in order to rid its ‘tax haven’ reputation and tighten up on contractor compliance. In fact, recently we wrote about how, as a result of increased scrutiny towards tax compliance, the Revenue Commissioners (the Irish tax authority) have yielded a record €611 million last year from tax defaulters.

Ireland has also followed the example of many other nations by introducing technology such as data analytics to help in its fight against tax evasion. The Revenue Commissioners have revealed that they are taking advantage of the raft of data made available through agreements such as the Common Reporting Standards, and using it to identify potential tax fraud. The information is then cross-checked with social media accounts and previous tax returns to uncover any inconsistencies.

Finally, significant changes were introduced to Irish tax collection in the 2016 Finance Act, and since a voluntary disclosure deadline in May 2017, defaulters who use offshore facilities to hide undeclared income, accounts, or other assets are no longer able to submit a qualifying disclosure. Defaulters can now face larger penalties of up to 100% of tax evaded, publication in the Quarterly List of Tax Defaulters and potential criminal prosecution. All of these measures will no doubt make contractor compliance in Ireland more complex.

The EU’s pressure on Ireland, is, ultimately, part of a wider global move towards more comprehensive and complex tax systems, making placing workers abroad a tricky landscape to navigate. The fact is, wherever you place workers – Ireland or elsewhere – contractor compliance is likely becoming more complex. Removing the administrative headache around this is understandably the most desirable outcome. This is something that can be achieved with the help of an expert contractor management service.  Contact us today to find out how we can help your firm: