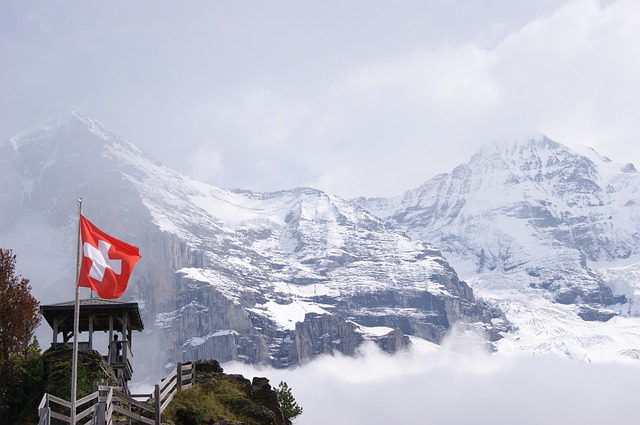 Switzerland, a country considered by many as a tax haven, has certainly been taking a tougher stance on tax fraud. In fact, the country seems to be part of a much larger trend of nations that were previously considered as tax havens finally changing their ways. Any recruiters looking to place contractors in Switzerland, an increasingly attractive destination for contractors, or any other locations thought of as ‘tax havens’ will need to be fully aware of toughening local compliance laws, as complacency could land your agency in hot water. So, what’s the latest on the Swiss tax haven crackdown, and what moves are low tax destinations taking to toughen up on compliance?

On May 19th, Swiss voters will go to the polling booth and vote on a set of complex revisions to corporate tax laws. Much of the impetus for this reform comes from the OECD, the main driver of the international crackdown on tax avoidance and architects of the Common Reporting Standard. In fact, the upcoming vote in Switzerland is directly concerned with meeting guidelines laid out by the OECD. Despite this, many are criticising the referendum as not going far enough. Alliance Sud, an umbrella group for various Swiss charity organisations, says the proposition will do nothing to change the tax avoidance strategies of multinationals. However, this referendum is not a standalone move, and there have been many recent actions taken by the country as part of a larger Swiss tax haven crackdown. Earlier this year, tax authorities offered an amnesty whereby citizens could report untaxed assets from all the way back from 2010 without any legal repercussions, recovering $44.5 billion in lost funds.

The Swiss tax haven crackdown isn’t the only example of a low tax destination attempting to change its ways. Ireland’s popularity as a low-tax, business-friendly destination has often attracted the ire of the international community. Offering a nominal tax rate of 12.5% for businesses and negotiating deals which bring the rate even lower, has led to many detractors and a European Parliament declaration earlier this year that Ireland was a tax haven. However, recently, the country has followed the example of many other nations by introducing technology such as data analytics to help track down evaders. In fact, tax authorities have even appointed a Chief Analytics Officer to implement the mining of taxpayer data. In addition to this, significant changes were also introduced to Irish tax collection in the 2016 Finance Act and, since a voluntary disclosure deadline in May 2017, tax defaulters who use offshore facilities to hide undeclared income, accounts, or other assets are no longer able to submit a qualifying disclosure. Defaulters now face far larger penalties of up to 100% of tax evaded, and potential criminal prosecution.

Finally, another well-known tax haven that is reforming its laws is Panama. The country’s parliament recently passed a bill that will elevate tax evasion to a criminal offence for the first time in its history. The new law classifies evasion of taxes worth $300,000 or more as a crime and will impose prison sentences of two to five years for criminals. Those found guilty of the offence will also be liable for charges of between two to ten times the total sums evaded. Panama has been a permanent fixture on many regulatory blacklists, notably those of the EU and OECD, in the three years since the Panama Papers scandal resulted in millions of financial documents being made public.

Even in countries known for being tax havens, there have been record tax collections, new laws drafted, and other strong measures taken to create tougher and more comprehensive tax systems. Therefore, any recruiters looking to place contractors in destinations such as Switzerland or Ireland will need to be aware that these countries are no longer a ‘soft touch’ on tax and compliance. Agencies will need ensure that they are not unwittingly breaching the law when doing business in these regions, as liability for the compliance of contractors can, in some cases, reach all the way back to your agency. Unfortunately, with the raft of international standards and legislation being introduced, remaining compliant is not an easy thing to do. For this reason, we recommend seeking help from international experts.