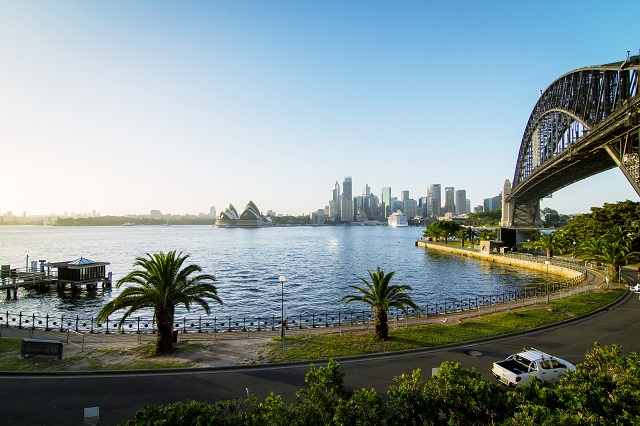 In Australia, tax and compliance is about to get a lot tougher. The government’s latest budget, released last week, has given the Australian tax authority increased power to crack down on tax avoidance, with plans expected to raise upwards of $3.6 billion in lost funds. Australia has one of the most vibrant economies in the world, boasting the 14th largest global GDP, at $1.69 trillion. The destination is also currently suffering from a large digital skills gap, with a new report from the Australian Computing Society (ACS) and Data61, suggesting that for every one blockchain developer in Australia there are 14 vacancies. Factoring this in with the beautiful weather and variety of tourist attractions and landscapes, then it’s easy to see why the destination is so appealing to contractors. Therefore, recruitment agencies looking to take advantage of demand and place contractors in the region will need to be up-to-speed with the tax and compliance situation in the country. So, what’s the latest on the Australian compliance crackdown?

The Australian compliance crackdown, as stated in the budget, is putting accountants, lawyers, investment banks and other intermediaries at the forefront of its efforts to reduce tax avoidance. The Tax Office will be targeting these individuals in order to take on wealthy families, private groups and trusts that are dodging massive amounts of taxes. While this program has been going on since 2016, the budget will allocate an extra $1 billion to extend it. The program has been a resounding success so far, raising $6.9 billion in revenue from large corporate groups. According to Josh Frydenberg, Treasurer of Australia, the latest changes will help ‘’provide additional support to the Tax Office to continue these efforts.” The budget officially states that the new money will allow the Tax Office to increase its “scrutiny of specialist tax advisers and intermediaries that promote tax avoidance schemes and strategies”.

Added to this, the government will also be giving the Tax Office a further $42.1 million over four years to target larger businesses and wealthy individuals. Small businesses, however, will benefit from $57.5 million over five years to help them resolve disputes with the tax man. The money will provide access to a “fast, low cost, independent review mechanism for small businesses in dispute with the Tax Office.” This year’s budget is fairly lenient on individuals and small businesses, despite recent figures showing that the proportion of tax underpaid or avoided by individual and smaller taxpayers was far higher than multinationals.

These are just a number of measures that Australia has been taking to tighten up its tax system in the wake of embarrassing scandals such as the case of Adam Cranston, son of Michael Cranston – the Australian Tax Office Deputy Commissioner – who carried out $165m worth of tax fraud and then asked his father to intimidate Tax Official colleagues into cutting a deal to control the damage.

Clearly, UK recruitment agencies looking to do business in Australia will need to be equipped to deal with the increasing strictness of tax legislation. What this latest budget clearly demonstrates is that the tax scrutiny brought upon companies is rapidly increasing. And with legislation, such as the Criminal Finances Act 2017 (CFA), something which a shocking amount of agencies are still unaware of, increasing the risks for firms – with responsibility for a contractor that breaks the law potentially reaching all the way back to you – the consequences of unintentionally being involved in, or connected to, fraud can be severe.

In the case of the CFA, ignorance of the law or of the behaviour of an associated person who could undertake tax evasion will not be considered a defence. However, recruiters shouldn’t miss out the wealth of opportunities available to them due to the Australian compliance crackdown. For this reason, we recommend using an expert contractor management service that can provide you and your contractors with fully compliant, transparent and streamlined tax solutions. This will help take the worry of tax and compliance off of your shoulders, and let you focus purely on placing as many contractors as possible.