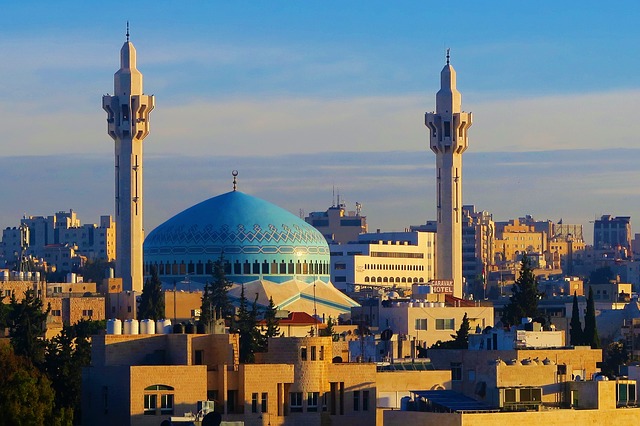 At 6CATS, we strive to stay ahead of the trends and changes across international markets – particularly regarding the compliance challenges that recruitment firms are facing. The latest trend that we are noting across global markets is the increase in the number of nations that were once considered tax havens slowly giving in to international pressure and implementing tougher tax systems. The most recent country to do so is Jordan, with the Gulf nation introducing income tax for the first time in its history. Agencies need to be aware of this global movement, and if they want to profit from placing those looking at contracting in Jordan, will have to take note that compliance has become more complex across the region and the world as a whole. So, what’s been happening?

With increasing economic unrest in Jordan, the dinar depreciating and unemployment at 18%, Jordan is set to become the first ever Arab nation to introduce an income tax. Proposed by the government and the International Monetary Fund (IMF), the plans have led to widespread strikes and protests across the country. This is due in part to the fact that Arab countries are famously known for having no income tax. In fact, it was only last year that a modest 5% VAT tax was introduced for the first time across most Gulf countries, showing just how unprecedented these changes are.

Protests to the planned legislation changes have included thousands of Jordanians rallying daily outside the prime minister’s office in Amman, and have become violent at certain points, resulting in riot police and tear gas being used on protestors. The demonstrators’ demands include the suspension of fuel taxes, the abolition of sales tax on basic goods, the release of all political prisoners and action against corruption.

However, despite this backlash, the country has soldiered on with reforms. The new tax will result in employees paying an income tax of 5%, while employers will be required to pay between 20% and 40%. The levy will not apply to venture capital companies to ensure start-ups are not lost to other countries.

Contracting in Jordan: It’s not all bad news

However, it is not all bad news for the country, and contracting in Jordan is still an attractive prospect for many. In fact, Jordan was recently ranked as the third most free economy in the middle-east in the 2018 Annual Report on Economic Freedom in the Arab World, issued by the Friedrich Naumann Foundation for Freedom and the Canadian Fraser Institute. All the countries in the Arab League were analysed over a total of 42 criteria including size of government expenditures, taxes and enterprises, commercial and economic law, security of property rights, access to sound money, freedom to trade internationally and the regulation of credit, labour and business. Areas, where Jordan performed best, were access to sound money, achieving the second spot regionally with a score of 9.7, followed by the size of government at 8 and regulations in business, labour and credit with a score of 7.2. Despite falling slightly from their previous score last year, this indicates that Jordan is still a strong regional economy that contractors will be keen to work in.

Agencies looking to place those looking at contracting in Jordan, or anywhere in the Middle East, will need to be aware that the region can no longer be stereotyped as a collection of oil-rich tax havens. While there is a huge demand for contractors across many prosperous economies, Jordan included, the tax and compliance situation in the Middle East is now as complicated as much of the rest of the world.  Clearly, the global move towards more comprehensive and strict tax systems is not letting up. Therefore, to balance global employment law and tax requirements with international growth, agencies should turn to a company with a team of experts across multiple markets. For any firms working internationally or thinking of growing its contract business through global expansion, get in touch today for an initial discussion on how we can help you achieve your growth plans legally, compliantly and profitably.