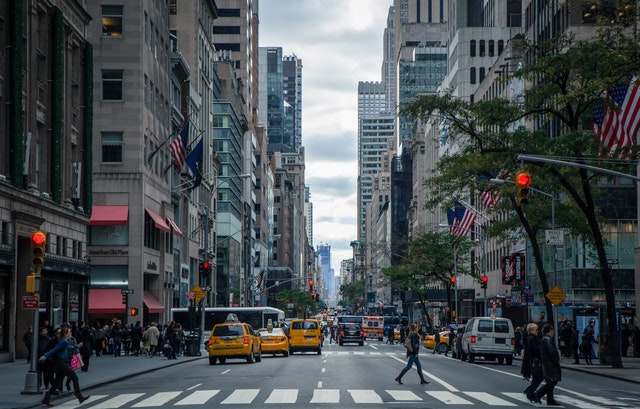 The worldwide crack down on tax evasion and movement towards more comprehensive tax compliance systems is gaining pace to such a degree that even the USA could potentially end up on the European Unions’s blacklist of jurisdictions that are failing to take appropriate action on tax fraud. The country may be placed on EU’s tax haven blacklist next June if it fails to amend laws such as its Foreign Account Tax Compliance Act (FATCA) to meet EU standards and the criteria set out in the Common Reporting Standard. Any recruiters looking to place contractors in this destination, or anywhere around the world, should take note of the increasingly aggressive stance that international bodies are taking towards tax and compliance, and make sure that they are fully tax compliant when doing business overseas.

What is the blacklist?

In December 2017, the EU published its first ever blacklist of tax havens. As a result of this, many notorious low tax destinations have committed to reform their tax laws, and companies have started moving profits away from tropical zero-tax islands, such as Bermuda and the Bahamas. Countries on the list potentially face heavy economic sanctions from the EU.  Along with the blacklist there is a ‘grey list’, a roster of 50 countries that currently don’t comply with EU criteria but have made commitments to do so by March 2019. This has led many countries to introduce legislative changes. For example, on the 17th December the Cayman Islands published three new bills in an attempt to stay off the blacklist. Similarly, the British Virgin Islands is trying to fast track legislative changes to satisfy the EU.

Last December, the EU’s tax haven blacklist started with 17 jurisdictions. Since then, the list has been cut down to five countries, due to the actions that many destinations have taken to be removed. On top of this, the ‘grey list’ has grown and has also become successful in encouraging countries to change tax laws. Most recently, Liechtenstein ended damaging tax practices in direct response to being ‘grey listed’. There is a raft of other international treaties that have been effective in prompting countries to become stricter on tax compliance.

The Common Reporting Standard (CRS), the OECD’s information standard for the automatic exchange of financial information between countries has seen widespread adoption throughout the international community. In fact, 96% of authorities that have committed to CRS have passed the required domestic laws to implement it, 91% have put in place the requisite IT systems and around 4,500 exchanges took place in 2018. The OECD also has its own blacklist in place, something which we have written about previously.

US next on EU’s tax haven blacklist

The European Union’s plans to update its blacklist of tax havens could see the US join other locations, unless it adopts stricter financial reporting standards and agrees to share that information with other tax authorities. The 2019 list will include all those that haven’t adopted the Organization for Economic Cooperation and Development’s Common Reporting Standard. This calls on countries to obtain information from their financial institutions and automatically exchange it with other destinations every year. Paul Tang, a member of the European Parliament from the Netherlands, said on the matter:

“So far the Trump Administration has not moved to adopt the OECD Common Reporting Standard. We have been assured by the European Commission that if it does not do so by June of 2019 the process for blacklisting will begin.”

In addition to this, the US Tax Cuts & Jobs Act 2017 (TCJA) has already been referred to the OECD Forum for Harmful Tax Practices. If the OECD Forum finds the TCJA to have violated international standards, this will also likely be a contributing factor in the decision whether or not to blacklist the US.

Whether it’s the EU, OECD, or any number of other international bodies, it’s clear that these methods are working, and much of the world is falling in line with this harsher stance on tax evasion.

Why should Recruiters care?

As authorities worldwide introduce new legislation and penalties in order to clampdown on wrong-doing, agencies that specialise in placing contractors abroad will undoubtedly be aware that being tax compliant is not only crucial, but increasingly complex. However, the fact that the EU is prepared to go after the United States in such an overt manner shows that getting this right is more important now than ever. At the same time, the opportunities across global economies for agencies is huge, with booming markets around the world in need of contingent workers. Recruiters shouldn’t miss out on this due to the headache of international tax compliance, or even worse, be punished for inadvertently breaking the law.  This is why we recommend using an an expert contractor compliance service. 6CATS can provide you with fully compliant, transparent and streamlined management solutions. We have experience in over seventy countries worldwide and in order to really put you at ease, we fully indemnify recruitment businesses and end users from any tax compliance liability.