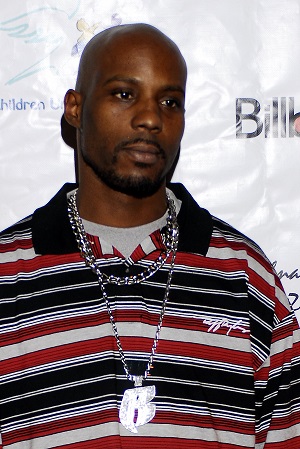 There have been numerous cases of the rich and famous becoming tied up in tax evasion scandals. Indeed, barely week goes by without one celebrity or well-known brand making headlines for fraudulent behaviour. The latest individual to make news is rapper DMX who pleaded guilty at the end of November to tax fraud.

Following a trial in Manhattan, DMX – whose real name is Earl Simmons – pleaded guilty to tax fraud. Simmons had faced accusations of hiding money to avoid paying $1.7 million in taxes between 2000 and 2005.

The 46-year-old confessed to paying royalty cheques into third-party bank accounts belonging to managers, his ex-wife and the mother of one of his children. He also lived a ‘cash-only lifestyle’ which enabled him to hide much of his wealth from the taxman.

Following questioning at the trial, Simmons eventually pleaded guilty, stating “I failed to file taxes. I’m responsible, even placing other people in charge of it.” This activity looks set to cost the rapper dearly. Not only will he have to pay back the $1.7 million in taxes, but he also faces a possible five-year prison sentence, three years of supervised release and a fine of $100,000.

There’s no place to hide

There’s no doubt that Simmons had plenty of money to be able to employ the proper professionals to correctly manage his payments, but as is so often the case, he chose a less than savoury option. While he’s certainly no tax expert, the rapper eventually admitted that he knew what he was doing and it’s perhaps for this reason that his punishment could be so harsh.

With an array of new reports coming to light of well-known people and companies being caught-out for fraud, those who have been tempted by evasive schemes can perhaps be forgiven for being concerned. As authorities worldwide seek to clampdown on tax evasion and recover the correct funds, it’s simply not worth the risk.

For recruitment firms placing contractors internationally, the risks are arguably as extensive as the rewards. Ensuring professionals are compliant in their chosen location and home country is highly complex, and firms are increasingly being held to account for fraudulent behaviour of third parties and even simple mistakes.

Partnering with an expert in international contractor management solutions can remove much of this risk and the associated headache. And with the investment often outweighing the potential penalty, it really is a no-brainer. Give our team a call to find out how we can help you.

Photograph © John B. Mueller, distributed under a CC BY 2.5 license.