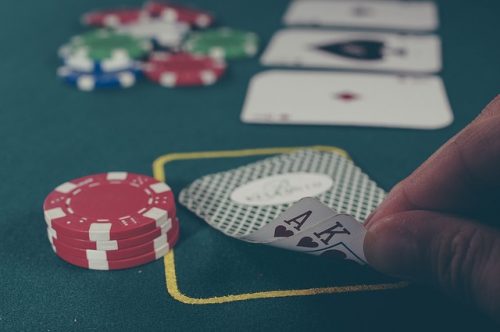 The links between gambling and tax are murky at best and laws vary an enormous amount from country to country. However, a recent case highlights the growing focus by governments around the world on clamping down on all aspects of non-compliance and reinforces why it’s critical to not even try to cut any corners when it comes to your taxes. But what has Dragan Kostic done to be on the receiving end of a prison sentence and a hefty fine and what can agencies learn from his case?

There are huge discrepancies around gambling and tax laws which vary dramatically from country to country. In the US, for example, all winnings are taxable as The World Series of Poker Champion, Joe McKeehen, found to his distress after winning the competition in 2015. Out of a total winning pot of $7,683,346, McKeehen took home $3,073,240 after the IRS took a huge chunk of federal income tax added to his self-employment taxes. However, if he was a UK resident and won the total on these shores, he would have taken home the entire pot, as poker, casino gambling and sports betting are all considered to be tax free, and have been for the last decade or so. There is still a tax levied on the industry, but it’s the operators who must pay 25% on their income. These are just two examples of the wildly varying market in which gamblers must operate and essentially they’re exposed to the whims of whichever country they win their money in.

Dragan Kostic placed second in the EPT Barcelona event in 2011, winning over €532k in the process. However, the Serbian poker star – who has been a Spanish resident for two years – failed to include these earnings in his 2011 taxes, and avoided paying the €228k the authorities insisted it was owed from the winnings.

On Monday, it was reported that the Provincial Court of Palma had upheld an earlier Criminal Court of Palma judgement that sentenced Kostic to 18 months behind bars and a penalty of €630k, significantly more than his winnings from the competition. He initially pleaded ignorance of his responsibility, suggesting that he wasn’t familiar with Spanish law, whilst also insisting that the taxes owed had been deducted at source in other instances where he’d collected his tournament winnings. Finally, Kostic also tried to apportion blame to the financial professional he had used to manage his tax returns. All of these appeals were unsuccessful and ultimately the court upheld his sentence. And just to rub things in, the poker star was then awarded a minor tax refund of €1,315 for the income he had disclosed legally.

While this case highlights the large variations between tax laws in different countries, it also shows the increasing severity of the Spanish tax authorities. Kostic is far from the first ‘sportsperson’ to be caught out by Agencia Tributaria and he follows the likes of Lionel Messi and Cristiano Ronaldo who have been linked to scandals related to unpaid taxes on image rights, which came to light once laws were changed and punishments backdated. To say the Spanish authorities are hot on non-compliance at the moment would be an understatement.

It’s true that international poker stars should be aware of tax laws around the world, but so to should recruitment agencies placing talent overseas. And if you’re doing business with firms in Spain, then the stakes have been raised and you’re now exposed to a much greater degree of risk than ever before. If you want to avoid the types of punishments meted out to Messi, Neymar and now Kostic, then partner with the experts before it’s too late.