Tax evasion in Germany and why Swiss spies are in trouble 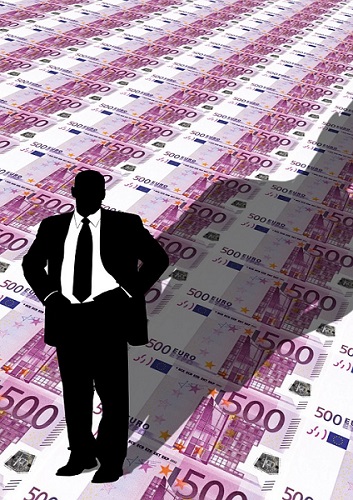 The worlds of tax and international espionage don’t cross paths too often, however a recent case has suggested that the two do overlap on occasion. But why are Swiss spies connected to a case of tax evasion in Germany?

According to a new report from the domestic federal prosecution office, a Swiss man has been charged with being a spy by Germany’s federal prosecutor after he obtained details of secret Swiss bank accounts set up by Germans to evade tax.

The accused is currently only known as ‘Daniel M.’ and has been charged with spying on the German state of North Rhine-Westphalia’s tax (NRW) authority and some of its employees for the four years leading up to February 2012.

The case has triggered significant outrage within Germany after he was arrested on suspicion that he tried to find out how citizens and individual states obtained CDs and other files containing details of secret bank accounts held by German citizens in Switzerland in attempts to avoid paying tax.

‘Daniel M.’ reported that he had received nearly €13,000 (£11,486) for the assignment and passed on around €10,000 of that to a German security firm that helped him secure the information. He also cited a corrupt source within the NRW authority as having assisted him.

This isn’t the first time that Switzerland and North Rhine-Westphalia have clashed heads. For years now the state has consistently bought up data as a part of a crackdown on German citizens secretly storing cash in secret accounts to avoid paying tax. In fact, if data records are to be believed, it has spent nearly €18m on data that has helped it recover a staggering €7bn in lost tax revenue. Put another way, that’s a sum equivalent to the total GDP of Guinea or Kosovo.

The Swiss authorities have remained quiet over the allegations but did acknowledge that police asked intelligence agency, NDB for assistance in 2011 over an investigation related to stolen data in Germany. Since then, they have remained quiet.

This is an unusual case in the modern tax arena. In recent years, countries have united in attempts to cut the crippling flow of lost finances leaving their borders. The multilateral agreement to automatically exchange tax information – or the Common Reporting Standard as it’s more widely known – is the perfect example of that. And, if governments are serious about tackling evasion – then more will need to put aside their differences and work together to prevent individuals and organisations from operating non-compliantly. However, it’s not time to worry, this is very much an isolated incident and aside from this rare case, governments are now working together to close the pipeline of illicit finances from leaving their shores. That means that agencies working internationally need to ensure that they’re operating above the law if they want to avoid the sort of punishment meted out to Daniel M.