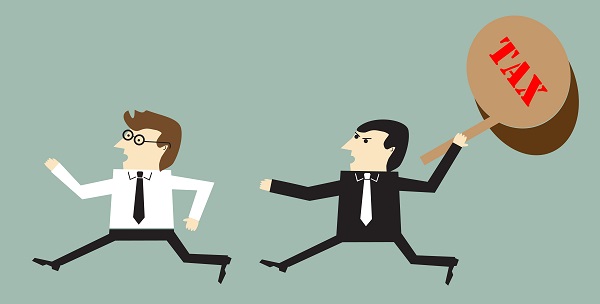 Wine fans – we have some bad news for you. Not only is luxury alcohol producer, The Italian Wine Company, in dire financial straits, but one of its owners, is in prison and the other is on the run from the authorities. So there’s a good chance that the order you’re waiting for is unlikely to arrive. However, that’s probably the least of Louise Mbadugha and Livio Mazzarello’s concerns as they face a colossal alcohol tax evasion case.

Mazzarello ran the organisation along with Mbadugha – who has already been jailed for her part in the alcohol tax evasion case – however they were caught out by HMRC after it was revealed that they lied about how much wine they imported and sold in efforts to evade duty and VAT. During a raid on their London-based warehouse, police discovered over £350,000 in cash stuffed into the ceiling and hidden in a safe alongside 70,000 litres of untaxed wine. It has now been revealed that the fraud – which took place from June 2008 to April 2013 – is worth an estimated £46.5m, which has left the main owner facing a prison sentence of at least 14 years.

Mazzarello is facing such a lengthy sentence partly because he absconded from his trial and is currently on the run, but also because of the sheer scale of the fraud the firm carried out.

Mbadugha did attend the trial and was forced to face the music with Judge Philip Katz QC saying, ‘You were foolish to be charmed by crooks. Your role in keeping records was critical otherwise this fraud could not have happened. Going to prison will have a profound effect on those you know and your standing in the community, which has been destroyed. You are a proud woman, stubborn and also very foolish. You allowed yourself to be charmed by crooks. You played your part in allowing that company to operate and to fool the tax authorities.”

Despite whatever defence Mazzarello makes when he is eventually tracked down, he’s unlikely to get away lightly. Not only does he face additional charges for absconding, but courts also possess footage of him counting large amounts of cash in the room it was discovered, which won’t exactly help his defence.

This is far from the first case of alcohol tax evasion in recent years. In June six people from the West Midlands, Surrey and London were arrested and remain in custody after a suspected £440m scheme was uncovered in a joint investigation by UK and French authorities. And back in 2013 three men were jailed for their part in a £4.7m tax fraud after being found guilty of attempting to sell over 2,000 litres of spirits – that were labelled for export – within the UK. Alcohol tax evasion is such a concern that HMRC has created its ‘Alcohol Strategy: Modernising alcohol taxes to tackle fraud and reduce burdens on alcohol businesses,’ which aims to reduce the tax gap which costs the UK around £1.2bn every year.

Alcohol or no alcohol, this case highlights yet again the growing fight against tax evasion both within the UK and globally. The authorities are now closing down highly sophisticated schemes and bringing in huge amounts of revenue for the Treasury in the process. If you want to avoid falling into the traps that the Italian Wine Company and QPS have done in recent months, then ensure you partner with a specialist when placing contractors overseas before it’s too late.