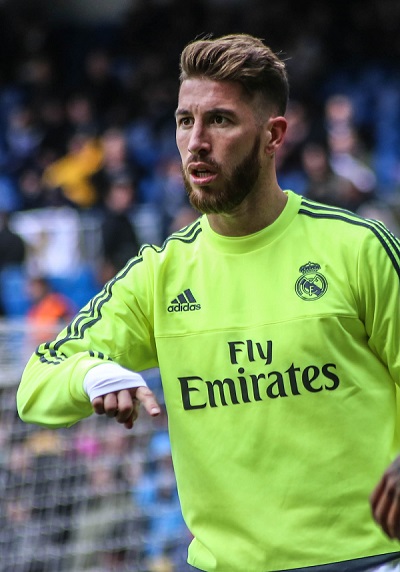 Real Madrid may have won La Liga and the Champions League last season, however two of the club’s most popular and well known players have faced difficulties with their taxes in recent weeks. Last month we reported on Cristiano Ronaldo’s tax evasion case and now it’s Sergio Ramos’ chance to steal all the wrong headlines.

The Spanish centre back had initially attempted to avoid paying tax on his image rights – the same payments Ronaldo was looking to sidestep – however in a highly embarrassing turn of events he actually ended up paying twice as much tax as he should have done. Ramos, while being rightfully recognised as one of the finest defenders of his era, is also seen as somewhat of a comedy figure in Spain for his penchant for getting sent off as well as a few high profile comedic slip ups. Spanish TV station, Crackovia, recently mocked the player for seemingly not understanding how social media app, Periscope works.

According to El Mundo Today, Ramos was the subject of an investigation over five years ago which ended with him paying the public treasury almost £6.5m, more than twice the amount he should have parted with, plus the expenses of three image rights deals he had at the time. According to reports, the reason for this was that Ramos was worried he would be handed a jail sentence if found guilty of the charges he was facing and – while denying any wrongdoing – admitted he would pay any fine that he was given.

Obviously, Ramos can no longer be charged with tax fraud as he’s already paid more than he was initially supposed to, however aside from hurting his wallet, the case has impacted Ramos’ already shaky reputation in Spain even further.

And, of course, this isn’t the first case of footballer tax evasion. Regular readers of our blog will be familiar will the difficulties experienced by Lionel Messi, Neymar, Alexis Sanchez, Angel Di Maria and Newcastle and West Ham United football clubs to name just a few. In fact, Ramos is one of many past or present Real Madrid employees to have their names linked to tax charges. The aforementioned Ronaldo and Mourinho have already been forced to deny they evaded their taxes while Columbian, James Rodriguez is also having his accounts looked into, although as yet there have been no mention of charges.

Our advice to Mr Ramos is the same we would give to any footballers looking to evade their taxes. Don’t. The net is closing in, punishments are much harsher than ever before and it’s considerably easier to get caught now than it was even five years ago. It would also be advisable for the Spanish centre back to partner with a tax specialist if unsure about his tax status, rather than attempting to go it alone. Not only can effective tax management keep you clear of the major fines being handed out by governments all over the world, it can also save you money in the long-term and, perhaps most crucially for Mr Ramos, considerable embarrassment.

If you or your firm are uncertain of the legality of your tax status wherever you’re working, then get in touch with the specialists before it’s too late.