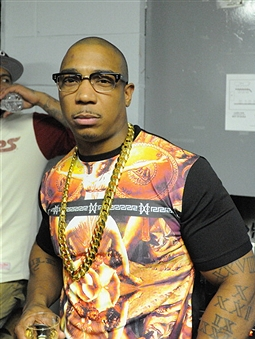 Many of you will have seen our blog last month on the QPS case where three directors of an umbrella firm were found guilty of a colossal tax evasion scheme that landed them a combined 27 years in prison. However, while these individuals lived the lives of rock stars, they were nothing in comparison to some of the high-profile tax evading celebrities who have been found guilty in recent years. But who’s made our list of the most outrageous tax evading celebrity cases in recent years?

Domenico Dolce and Stefano Gabbana were caught up in a major scandal that started in 2007. They were first convicted of failing to file returns for their firm in Italy with prosecutors deciding they owed $50.7m for the 2004-2005 period as a result of its sale to Luxembourg-based Gado. Two courts had already found the designers guilty of evasion, however after seven years Italy’s high court found them not guilty. Lawyers had suggested that the two had run a “sophisticated tax fraud” using Gado as a shell firm to avoid paying taxes, however this was never proven.

Lesser-spotted former hip hop star Fat Joe (pictured left), born Joseph Cartagena, handed himself into authorities in August 2013 to serve a four month sentence for evasion. Joe had pled guilty to the charges in December 2012 for unpaid taxes in 2007 and 2008 which amounted to a tax bill in excess of $1m. The rapper was released early but was fined an additional $15,000 and ordered to undergo one year of supervision.

Legendary country singer, Willie Nelson also faced the same fate as he was hit with a colossal $32m bill in back taxes in 1990. He struck a deal with the government to reduce the debt by nearly $15m, but still didn’t have the money to pay it meaning that the IRS seized almost all of his assets, leaving him with a remaining $15m bill. The tax authority’s solution to obtain the funds should be lauded for its creativity as the IRS allowed Nelson to record the album “Who’ll Buy My Memories (The IRS Tapes)” to raise funds. The singer had to sell four million copies to erase the debt which he had successfully done by 1993.

One of the less-famous Baldwin brothers, Stephen is known for appearing in hits including Born on the Fourth of July and The Usual Suspects as well as a much wider series of terrible movies. However, he made the headlines for other reasons in March 2013 after pleading guilty to New York state incomes taxes for the period 2008-2010 which totalled over $400,000. He just avoided jail time and was given one year to pay the debt back in full. However, he faced further troubles in September 2015 after being found to owe $90,000 in back taxes once again – $30,000 to New York and $60,000 to the federal government.

Ja Rule (pictured above) has been in his fair share of trouble, not least with the IRS which charged him with failure to file tax returns and fined him more than $1.1m in back taxes. In total, the rapper – real name Jeffrey Atkins – pled guilty to three counts of tax evasion from 2004-2008. He was sentenced to 28 months in prison for evasion along with illegal gun possession and spent the final two months of the sentence in home confinement.

The Blade and Demolition Man star has had numerous run ins with the tax authority and, in 2008, was convicted on three counts of failing to file returns from 1999-2001. He was reported to have kept a sum worth $7m in taxes hidden from the federal government during this period. He applied for a retrial in 2010 but was sentenced to three years in prison later that year. Snipes has also been accused of filing false tax returns and refund claims worth millions of dollars in the past with the government suggesting he sent three worthless and fictitious “bills of exchange” worth $14m to the IRS.

Rose is infamous in the baseball world for accusations that he gambled on games while playing for and managing the Cincinnati Reds, including his own team’s fixtures. After years of public denial, Rose finally admitted to the charges in 2004. This wasn’t the first time he had faced a public backlash. In 1990 he was convicted of evasion, fined $50,000 and handed five months in jail after failing to report income from baseball memorabilia sales, autograph signings and gambling. In 2004 he was hit with a further bill for almost $1m in unpaid back taxes and, in 2011, found himself in hot water again for unpaid taxes in 2009 and 2010, which set him back an additional $120,643.41.

What agencies can learn

These examples highlight that tax authorities around the world target anyone they think may be committing tax evasion, regardless of their standing or profile. It’s no coincidence that the majority of these celebrities have faced major setbacks in their careers after their convictions, showing that cheating the tax system really doesn’t pay. While we don’t suspect many of you will be committing evasion to the same extent that Ja Rule and Willie Nelson have, the IRS and HMRC are closing in on anyone they suspect may be hiding their true income. If you’re unsure about your status – and you don’t fancy sharing a prison cell with Stephen Baldwin – then get in touch with the experts before it’s too late.