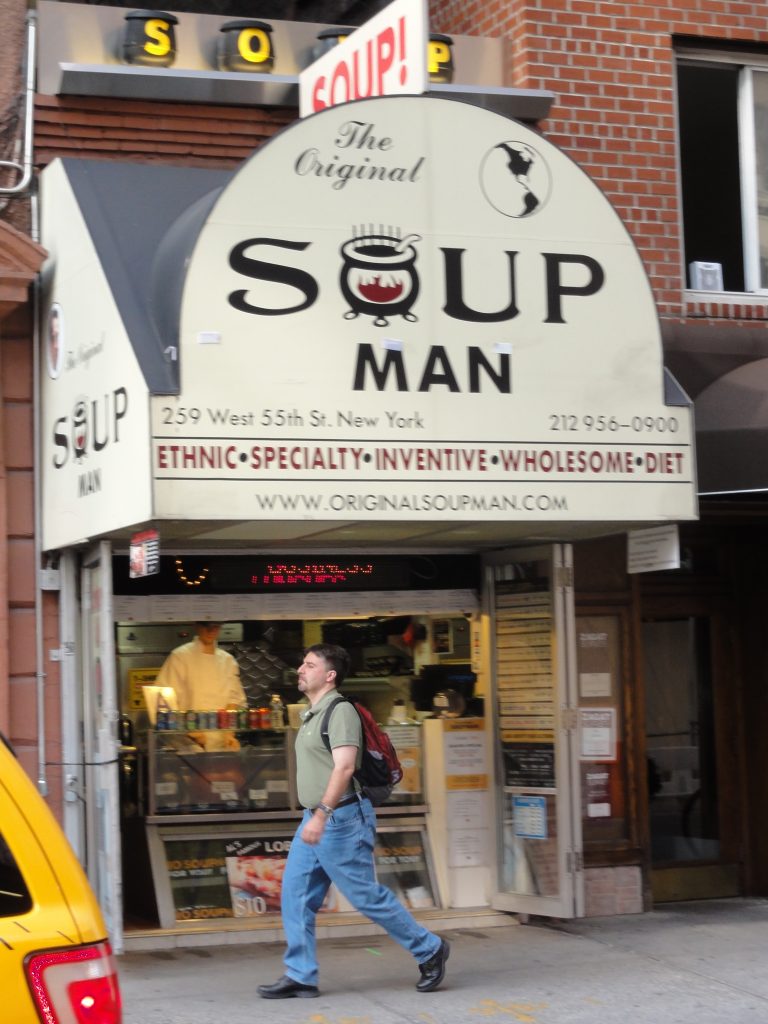 Any fan of Seinfeld will know all about ‘The Soup Nazi’, the infamous proprietor of a popular soup kitchen that Jerry and the gang take a shine to. While the episode reportedly caused the real-life owner a considerable amount of stress, he’s likely to face considerably more in the coming months as he faces a potential prison sentence for tax fraud.

Shortly after the episode was aired in the early 90s, Soupman Inc. started licensing some of the soups that appeared in the episode. The company proved to be extremely popular and rapidly expanded to the point where its shares were publicly traded and it now has locations in areas including Connecticut, New Jersey and New York. However all is not well at Soupman Inc.

Federal prosecutors have accused Robert Bertrand, the firm’s CFO, of avoiding hundreds of thousands of dollars in tax payments – including social security, Medicare and federal income – by paying its employees off the books.

According to the indictment, Mr Bertrand made payments to Soupman employees in cash and stock assets and failed to report them correctly. The illegal payments totalled $2.85m, costing the US government around $594,000 in lost taxes between 2010 and 2014.

Mr Bertrand has pled not guilty to the felony and was released on $50,000 bail last week. If convicted he could be receive a five year prison sentence for tax fraud.

Bridget M. Rohde, acting US attorney for the Eastern District of New York, commented on Bertrand’s arrest saying, “As alleged, the US was fleeced out of more than half a million dollars through the defendant’s corporate misdeeds. Tax crimes like those alleged in the indictment hurt every American citizen.”

James D. Robnett, a special agent at the IRS criminal division in New York said the evasion would “also result in the loss of future social security and Medicare benefits for the employees of Soupman Inc.”

The firm has yet to respond to the allegations however it faces major reputational damage as a result of the charges, although the original ‘Soup Nazi’, Al Yeganeh, is not listed as a defendant. However, the case highlights that all businesses – of all sizes and shapes – must ensure they are operating on the right side of the law.

The US has a notoriously active tax department and now countries all over the world are also upping their defences in attempts to reclaim the millions, if not billions, they’ve missed out on in lost revenue. If, like Soupman, you’re uncertain over your tax status – or that of the contractors you’re placing around the world – then make sure you speak to the specialists before it’s too late.