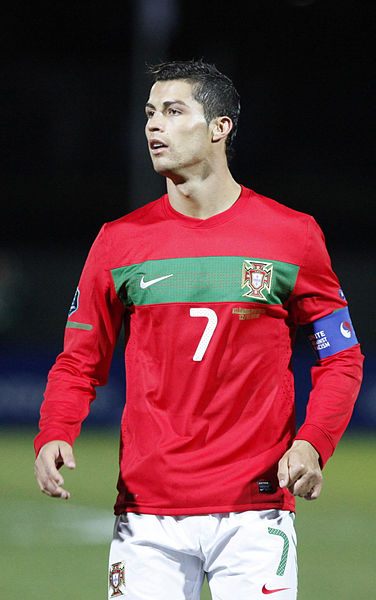 Cristiano Ronaldo’s public image is cleaner than most footballers. The Portuguese superstar doesn’t drink, doesn’t have any tattoos as it could prevent him from giving blood and tops the rankings of the most philanthropic sportsmen on Earth. Obviously, his on pitch reputation could do with a little brushing up, however his talent means he can probably get away with the odd tantrum every now and again.

However, the latest news on footballer tax evasion could potentially impact Ronaldo’s clean image and cost him millions in fines and back payments to the Spanish government. According to the latest reports, the Real Madrid attacker allegedly created a business in 2010 to hide his income from image rights in Spain which ultimately led to a ‘voluntary failure’ to comply with his tax obligations. Four charges have been filed against the player after authorities said he used the company to “create a screen in order to hide his total income from Spain’s tax authorities.”

Prosecutors argue that when Ronaldo signed for Real Madrid from Manchester United – for a then record fee of £80m – he ceded his image rights to a company called Tollin Associates Ltd, based in the Virgin Islands – of which he was the sole stakeholder. It’s then alleged that Tollin Associates passed on the image rights to an Irish firm called Multisports & Image Managements Ltd. However, prosecutors insist that the first company had no business function and was just being used to conceal how much the player was truly earning.

If a judge rules that there is a case to answer then it’s likely that Ronaldo will stand trial and could face the prospect of a huge fine and a prison sentence. It’s alleged that he did not declare income of €28.4m made from passing on image rights to a third firm for the period of 2015-2020 and is also accused of only declaring €11.5 in income between 2011 and 2014 when his real earnings totalled almost €43m.

Of course, regular readers of our blog will recognise that Ronaldo is far from the first footballer to fall foul of tax regulations, particularly in Spain where the likes of Lionel Messi, Javier Mascherano and Neymar have all faced charges. That’s before we even mention the cases involving Angel Di Maria and Javier Pastore in France and both Newcastle and West Ham United football clubs in the UK.

It would be fair to say Ronaldo is probably the most high-profile footballer in the world and only recently won the Champions League, setting a record for the number of goals scored in competitive finals by any modern footballer. His goals in the final took him to over 600 in his professional career and he’s widely recognised as the one of the greatest players of all time.

However, this case highlights that all of that matters for nothing if he’s not properly declaring his full income to the taxman, and with governments around the world closing in on potential evaders, anyone else committing tax crimes can expect to be chased down in the same way. And if Cristiano Ronaldo can’t get away with it, what chance does the average recruitment agency or contractor have?

While it’s unlikely you have undeclared earnings of the same scale as the Portuguese star, it’s critically important to get in touch with the experts if you’re at all unsure about your tax status. Unless you fancy sharing a prison cell with Ronaldo, that is.