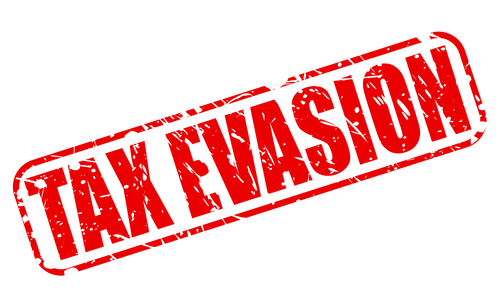 In a rather interesting development in the world of tax news, a retired business professor who pleaded guilty to tax evasion has found himself in the middle of a fight between tax authorities. Dan Horsky from New York admitted to fraud back in November 2016, having hid assets and income worth up to $200 million from the Internal Revenue Service and New York tax authorities.

While on the face of it, Horsky’s trial doesn’t sound too unusual, things took an interesting turn recently as the Justice Department and U.S. judges struggled to agree on the appropriate punishment.

In one corner, the Justice Department is keen to make an example of tax cheats through jail terms, in this case seeking a 20 month sentence. The argument for this action is that enabling individuals who knowingly evade taxes to pay back what they owe is a ‘get-out-of-jail-free card’ and won’t deter future wrong-doing.

However, on the flip side, U.S. judges have previously been lenient in cases where the individual has pleaded guilty and aided wider investigations into fraudulent activity, which Horsky did. According to reports, his cooperation in investigations into Credit Suisse – who he hid his money with – have proven immensely valuable to tax authorities.

Why contractors need to take note

While there is yet to be a conclusion to this judgement, the key take away for contractors operating across the globe is simple: choose to evade taxes and you will face the full wrath of the law. The fact that this case has seen authorities clashing over the sentence demonstrates the severity with which such activity is viewed.

For contractors with a global remit, the world of cross border tax legislation is complex, but help is at hand. Partnering with an expert team can remove the headache of navigating this intricate environment and leave you to get on with what you do best. So why not speak to the team today?