Corruption is rife, but authorities aren’t far behind 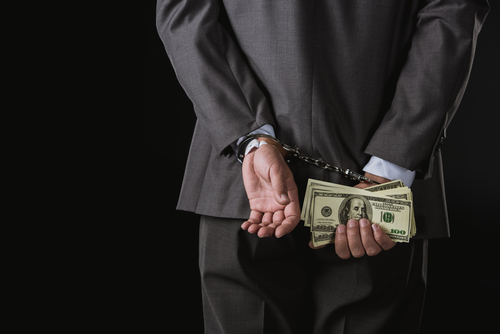 Global tax fraud is driving up suspicions of corruption, if the latest report from Transparency International is to be believed. According to the watchdog’s 2016 Corruption Perceptions Index – which gives a lower score for countries which are seen as more corrupt – there were more falling scores than rising ones when compared to 2015.

The impact of corruption

In response to this latest information, Transparency International suggested the decline in positive perceptions was largely a result of public-sector corruption, singling out the Panama Paper scandal as a significant event which led to a general feeling of anger towards individuals and companies involved in tax fraud.

Indeed, as the watchdog explained: “It is still far too easy for the rich and powerful to exploit the opaqueness of the global financial system to enrich themselves at the expense of the public good.”

So which countries have fallen down the scale and which are now viewed as the least corrupt?

However, while there has clearly been a dip in the perceptions of countries as more examples of corruption come to light, it can’t be forgotten that authorities around the world are increasingly seeking out new ways to tackle foul play. In fact, on the back of the report, Transparency International called on global governments to do more to tackle corruption, including ‘deep-rooted systematic reforms’ and harsher punishments for what the watchdog referred to as ‘professional enablers of tax evasion and fraud’.

It can only be assumed, then, that wrong-doers will face the full wrath of the law if found to be evading relevant payments in their chosen location, regardless of the perceived level of corruption in that country. For agencies placing contractors abroad, it’s now more important than ever to ensure individuals are tax compliant, or face the repercussions.

Find out how the 6CATS team can help you today: