Where in Europe is train travel better than a plane? 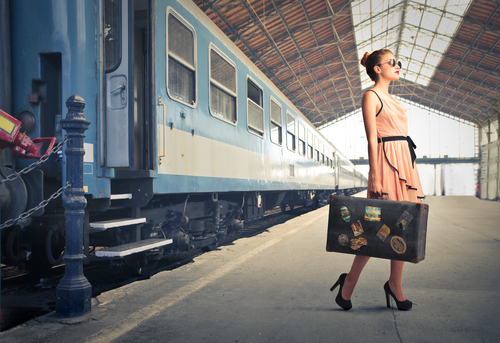 Air travel across Europe has become so much easier in recent years that little thought is often given to alternative options such as train travel, particularly when commuting for business. However, when you factor in lengthy airport waiting times, travelling by rail can sometimes be more appealing.

So where are the easiest and toughest locations to reach by train across Europe?

Stick to Paris for a faster ride

According to research by Peter Kerpedjiev, a PhD student at the University of Vienna in Austria, the west of the continent is home to the fastest train networks with London, Paris and Brussels forming a triangle of high-speed rail connections. The French capital in particular benefits from good connections, with the Mediterranean coast less than four hours away and Cologne reachable in around three hours.

While the main Scandinavian cities are widely spread, the rail networks in between are in fact incredibly efficient. When travelling from Stockholm, it’s possible to reach either Oslo or Copenhagen in less than eight hours, making the three capital cities very well connected.

Eastern European connections are likely to be slower

When compared to the west, Eastern Europe is remarkably slower in terms of train connections. It takes over 46 hours to travel from Sofia in Bulgaria, to Sarajevo in Bosnia, for example, but the actual distance covered is the same as that from Paris to Berlin – which takes just over eight hours in comparison. And good luck to anyone trying to reach Podgorica in Montenegro, as it is virtually cut off from the rest of Europe

For contractors, rail is becoming an increasingly appealing option for travelling – particularly for those with a fear of flying or even a passion for or interest in rail. However, it can be easy when travelling globally via train to forget that you are still moving across borders and as such will need to be aware of the implications to your tax payments. The variations in tax requirements across Europe can be a complex minefield to navigate, so speak to an expert team to ensure you remain compliant in your chosen destination.